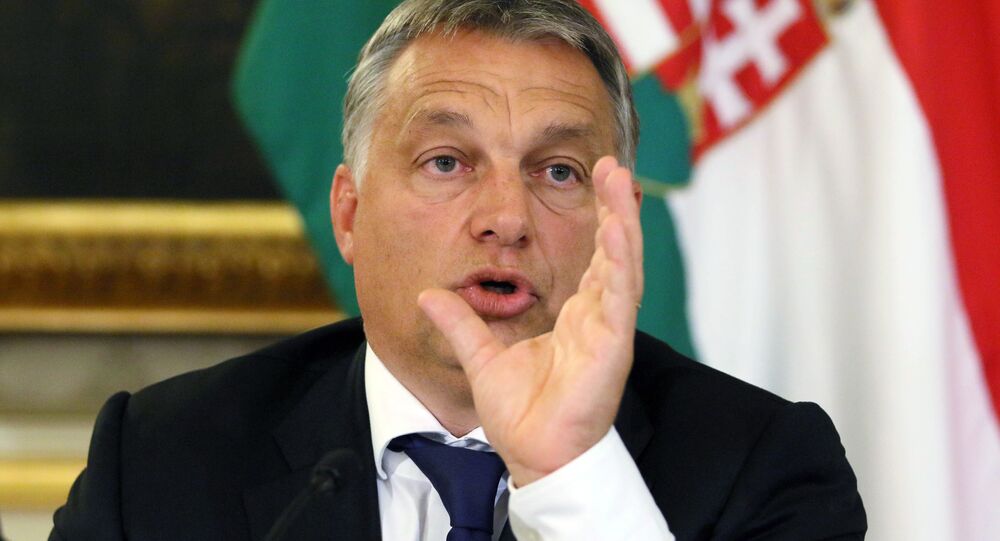 Hungarian Prime Minister Viktor Orban believes European citizens currently face two threats: one, from the Brussels, the second, more migrants from the south. And the reason behind these threats, according to Mr Orban, is Turkey.

The threat from Brussels, suggests the Hungarian Premier, is the "mandatory quota system" calling for the redistribution of thousands of migrants among European Union (EU) member states.

A man who has shown no restraint in combating the refugee crisis in his own way, Orban has already sealed off Hungary's border with Croatia, now plans to build another razor wire fence on its border with Romania.

The EU has agreed to resettle 120,000 asylum seekers among member states — but Hungary along with other Eastern European countries is refusing to sign up to the quota system and are building more temporary borders out of razor wire and concrete pillars instead, physically keeping people out.

The move to build fences and build borders flouts the EU's passport-free travel system within the Schengen zone, which Hungary and Slovenia are part of.

© REUTERS / Marko Djurica
'Patron Saint of the Balkans': Viktor Orban Sends Barbed Wire to Macedonia‏
Meanwhile, the threat from Turkey is an agreement made between the EU and President Erdogan to transport almost half a million migrants from Turkey to the European Union, suggesting nation states should get ready for a major increase in people migrating from the south.

Peter Szijjarto, Hungary's foreign minister blames Greece for the influx of migrants entering the European Union. Szijjarto told reporters that Europe is defenseless from the south because Greece has failed to stick to Schengen rules.

To combat the threats, Hungary's foreign minister is calling for military personnel and police — not the "bureaucrats" in power — to make decisions about border control:

"We need soldiers, police officers, ships, helicopters, aircraft rather than bureaucrats and Frontex officials for defending the border."

Greece, in southern Europe has been given three months to properly control its external borders and process every migrant and refugee properly, according to the Associated Press news agency.

Confidential documents seen by AP show that EU policy makers are preparing to implement the emergency provision allowing the 26 countries in the Schengen zone to put up border controls for six months. This can be extended to two years, if a member state is found to be failing to protect its external borders.

Refugee Crisis: How Do We Solve a Problem Like Macedonia?