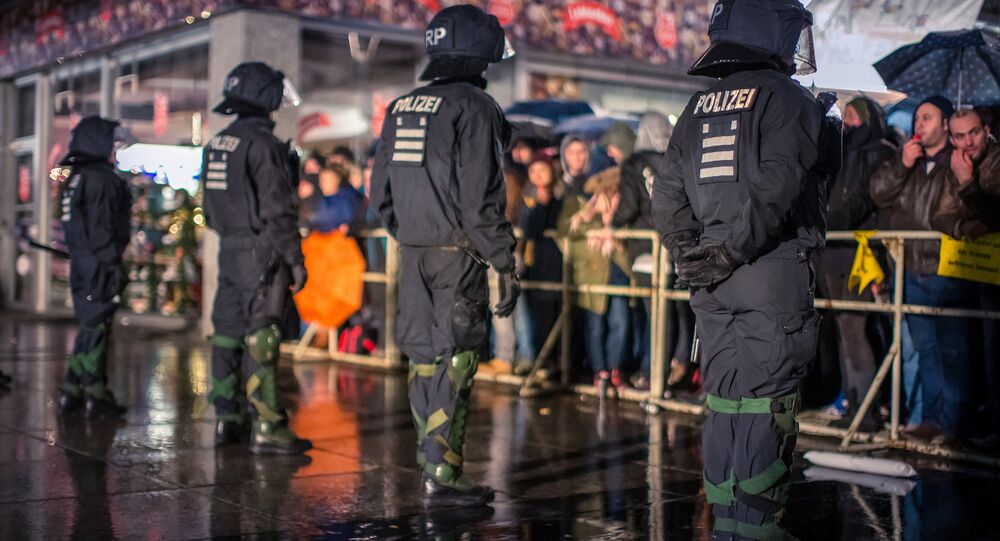 The Euroskeptic right-wing party has reached the mainstream political agenda because its anti-refugee rhetoric chimes with the anti-immigration sentiments felt by people angry that some refugees sexually harassed hundreds of women in Cologne on New Year's Eve, 2015. The same year that Chancellor Angela Merkel opened Germany's door to a million asylum seekers.

Merkel's "We can do it" policy backfired following the prospect of a million more refugees arriving in 2016. A recent survey by German broadcaster ARD, suggests that 51 percent of people are against the policy.

Following the sexual assaults of women in Cologne vigilante groups began to take the law into their own hands, marching through the streets carrying "rapefugees not welcome" signs and placards. Neo-nazi group Pegida meet each week in Dresden. A recent rally attracted 40,000 supporters, suggesting the anti-immigrant right-wing movement is gaining support in Germany.

And with the AfD party reaching 13 percent in recent opinion polls, the movement is no longer confined to the political fringes purported by vigilante groups on social media — but making moves into the mainstream political agenda.

Deputy leader of the AfD Alexander Gauland has described Merkel's refugees policies as a "gift" to his party, and the opinion polls appear to prove that to be the case. A recent survey by ARD-Deutschlandtrend suggests support for the nationalists had risen to 12 percent, making it the third strongest political party in Germany.

Alternative for Germany (AFD) up 3 points to 12% pic.twitter.com/tiJI5NRYpB

Many members of Merkel's coalition partner, the Social Democratic Party (SPD) have also voiced fears that a million more refugees arriving in 2016 will put the country's economy under severe strain.

"We can handle the one million who came in 2015, but we won't be able to handle it if another million come in 2016," Sigmar Gabriel, head of the SPD party recently told German broadcaster ZDF.

"The AfD is likely to continue to use immigration as an issue to exploit division between the coalition partners and within Merkel's own 'Union' parties, the CDU and the CSU", writes academic Julian Horner, researcher at the London School of Economics, on a blog, suggesting that the rise in support for the AfD will put pressure on Angela Merkel's refugee policy for Germany.

To the extreme right of Angela Merkel's open door policy, sits the suggestion by Afd leader Frauke Petry that refugees crossing the border into Germany should be fired at; a suggestion that received widespread condemnation from Germany's main stream media.

The party was formed in 2013 to challenge the single currency Eurozone market. Speaking to the German newspaper, Augsburger Allgemeine Zeitung, Bernd Lucke, the original founder of the AfD, said the party's current rhetoric on the refugee debate is "inhuman, cruel and unbearable" and despite the opinion polls, called its politics, "ugly and unwanted by people in Germany."