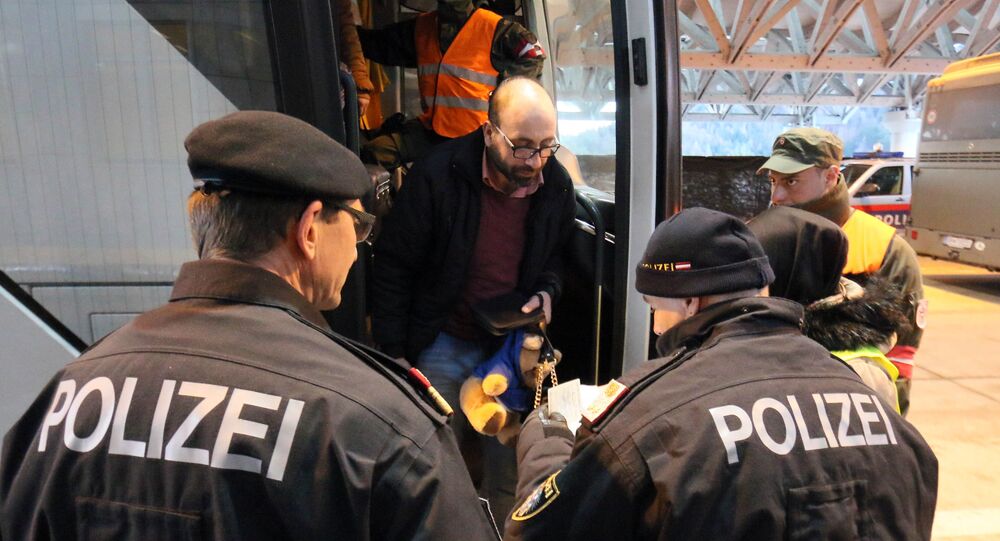 Austria will be forced to close its borders to migrants, the country’s Foreign Minister Sebastian Kurz announced.

© AP Photo / Ronald Zak
Austrian Police Confirm Boy Raped by Iraqi Refugee in Vienna Swimming Pool
BELGRADE (Sputnik) – Kurz met with Montenegrin Foreign Minister Igor Luksic on Wednesday, saying, as quoted on the official website of the government of Montenegro, that Austria will be forced to close its borders, after which there will be a chain reaction, with Slovenia, Croatia, Serbia and Macedonia following suit.

The Austrian foreign minister forecast that countries that have not yet been part of the migrant’s transit route could be pulled into it.

Europe is currently dealing with a massive migrant influx, with hundreds of thousands of refugees from conflict-torn countries of the Middle East and North Africa trying to reach wealthier EU states, such as Germany and Austria, in search of better life conditions.

Around 90,000 refugees applied for asylum in Austria in 2015, according to the country’s authorities.

Austria is currently implementing strict border control. Under new regulations which came into force last month, migrants intending to transit through Austria and Germany, instead of applying for asylum, are stopped at the Austrian border.

Not the Promised Land: Migrants Leave Austria and Return to Middle East