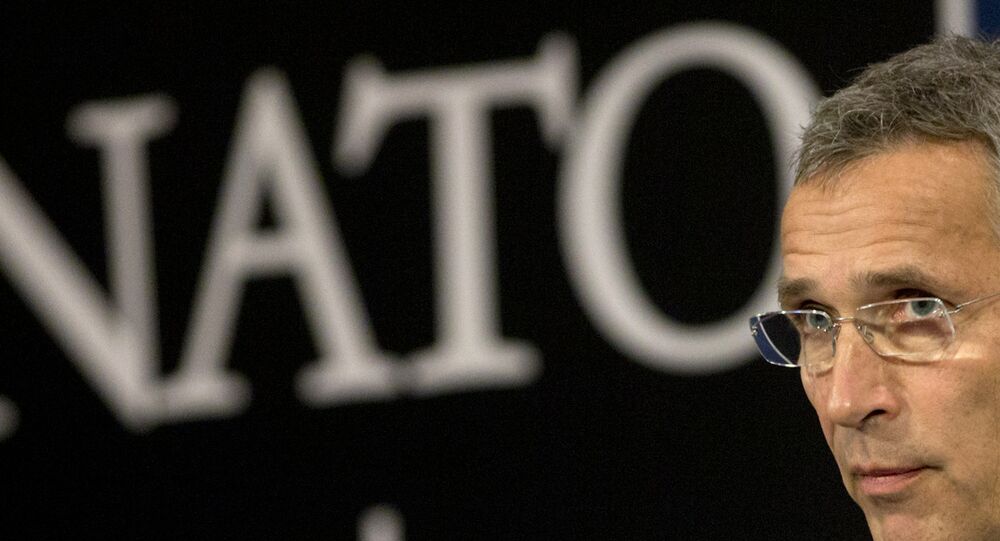 "We are constantly assessing the developments in the Black Sea, including the implications for NATO…That's exactly what were are doing when we are increasing our forward presence and also increasing our ability to reinforce and our efforts when it comes to surveillance and intelligence and reconnaissance in that region," Stoltenberg told reporters when arriving for the alliance's defense minister meeting in Brussels.

During a pre-ministerial press conference on Tuesday, Stoltenberg urged the alliance's ministers to increase NATO's presence in Eastern Europe in order to deter aggression. The ministers were reportedly set to discuss US President Barack Obama's early February announcement of his decision to quadruple US military spending in Europe to reassure NATO's European allies, allegedly threatened by Russia.

© AFP 2020 / Dimitar Dilkoff
Not Our Business: NATO Alarmed by Joint German, Turkish Refugee Proposal
NATO has been increasing its readiness in the Black Sea, Stoltenberg said on Thursday, in order to counter any threat and to build up a combination of forward presence and the ability to reinforce. The alliance has been working on building up its naval and surveillance presence in Romania, Bulgaria and Turkey, he said, adding that NATO has also been closely cooperating with Georgia.

The US-led military alliance has been stepping up its military presence in Europe since 2014. It has justified plowing troops and hardware into Eastern European countries by pointing to Russia’s alleged role in the Ukrainian crisis.

NATO Troops May Be Deployed in Europe to Counter ‘Russian Aggression’