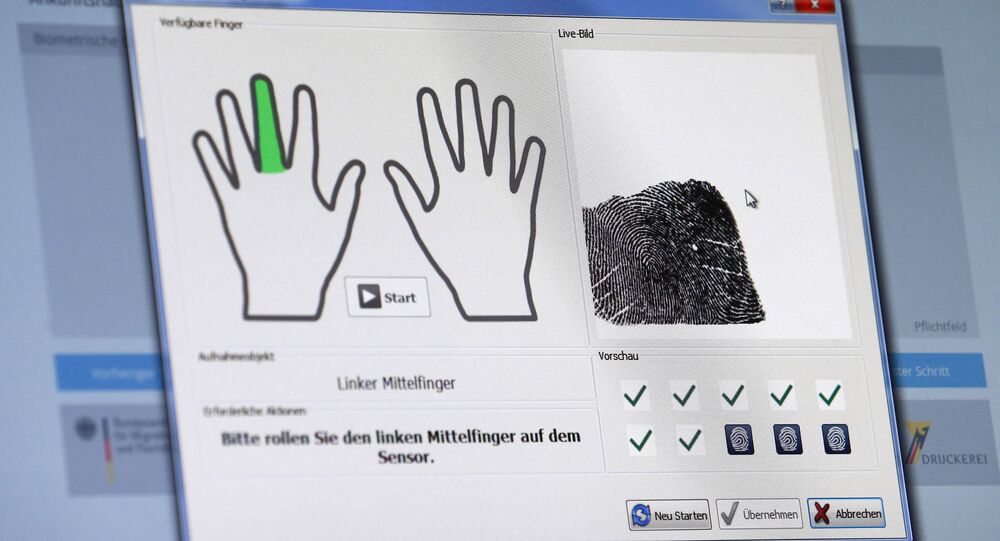 EU Asylum Appeals Should Be Scrapped to Speed Up Deportation - Report

The EU should ban migrants from appealing against failed asylum applications, while other drastic changes should be made to reform its "failed" approach to the migration crisis, a new report has claimed.

According to research from campaign group Migration Watch UK, changes need to be made to the EU's relocation and deportation policies to ensure that only genuine refugees are given asylum status in Europe, as many member states continue to struggle with the huge numbers of new arrivals.

With close to 1.3 million people — mostly from Middle East and North Africa — lodging asylum claims in Europe in 2015, the study was based on estimates that predict another 3 million people will arrive in the EU over the course of the next two years.

The report has taken aim at current EU procedures, noting that while more than 230,000 new arrivals into the EU had been denied asylum, only 683 had been returned to their country of origin on flights coordinated by the EU's border protection agency Frontex.

Thanks to the #hotspots, the proportion of migrants fingerprinted in #Greece has risen. 100% of the migrants will have to be fingerprinted.

While many people applying for asylum are from war-torn countries, the report noted that only 28 percent of applicants were from Syria, while many others were nationals of other nations not engaged in conflict.

We need to urgently switch gears on #relocation. So far, only 497 migrants were relocated.
MS have to show #solidarity & #responsibility.

Migration Watch officials say that an EU Directive that allows those denied refugee status to appeal against their decision should be scrapped to ensure a more efficient deportation strategy for so-called economic migrants.

"Appeals are required by an EU Directive but not by the Refugee Convention. Another option would be for Ministers in the relevant countries to certify that removal would not breach human rights commitments, after which an appeal could be lodged only from the home country. Those from countries where there is serious internal or international armed conflict would of course be exempt from any such proposals," the report stated.

Chair of Migration Watch UK, Lord Green of Deddington, said that without reforms the number of people arriving in the EU will continue to rise.

"This report lays bare the failure of the administrative and legal systems of the EU to cope with the present crisis. For so long as every failed asylum seeker has the right of appeal before being sent home, there will in practice be no hope of deterring a continuing, and probably growing, inflow of economic migrants."

The report comes amid ongoing criticism of the EU's handling of the migration crisis, with member states failing to come to an agreement over a common course of action on how to handle the matter.

"Everybody is judged by history right now" @Avramopoulos on the need to address the #refugeecrisis together. #EUCO https://t.co/PCGwWnTVII

This has been experienced through the bloc's asylum relocation program, which has so far only managed to transfer 481 asylum seekers to other EU countries, despite some member states pledging to relocate 160,000.

Six member states have reintroduced border controls while it has been suggested that such controls could remain in place for up to two years, leading many to question the future of the EU's much celebrated passport free travel area, also known as the Schengen zone.

This has been followed by suggestions that the European Commission is looking into plans to amend the bloc's Dublin regulations.

The calls to ban or reduce asylum appeals has received the backing of British MPs Frank Field and Sir Nicholas Soames, who have said action needs to be taken soon.

"Everyone understands the need to provide protection for genuine refugees, but the number involved is already a huge problem for the EU. If there are no effective means of distinguishing those who are, in reality, economic migrants and then returning them to their home countries, the numbers will snowball. A review of the whole asylum procedure is now urgently necessary."

Refugee Crisis to Reach Catastrophic Levels in Europe in Summer 2016