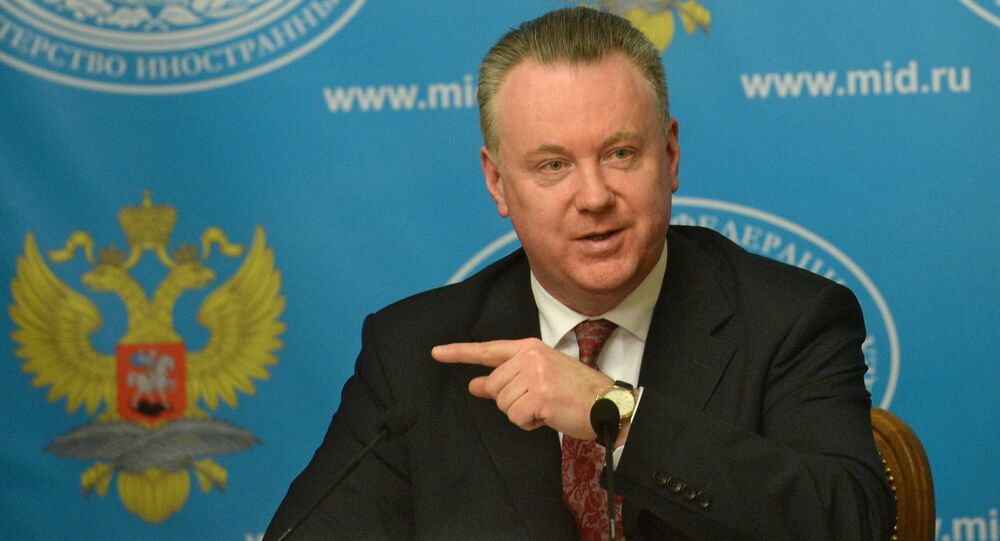 Russia to React If Moldova Continues Banning Journalists From Entry

Moscow will continue answering to the actions of Chisinau if Moldova continues banning Russian journalists from entering the country.

VIENNA (Sputnik) — Moscow will continue answering to the actions of Chisinau if Moldova continues banning Russian journalists from entering the country, Russia’s permanent envoy to the Organization for Security and Co-operation in Europe (OSCE) said.

© Sputnik /
Russian Reporters Denied Entry Into Moldova Over Failure to Explain Visit - Moldovan Border Police
On January 21, crews from three Russian TV channels, namely the All-Russian Television and Radio Network (VGTRK), Life News and REN TV, who were set to cover the protests in Chisinau, were denied entry to Moldova. The day after Chisinau airport border authorities denied entry to a Czech radio employee and a RIA Novosti journalist.

"I think that if Chisinau continues such [restrictive] practice, we will raise and elaborate this issue in the future," Alexander Lukashevich told RIA Novosti.

​Lukashevich added that the issue of banning Russian journalists from entering Moldova was discussed during the event organized by OSCE Representative on Freedom of the Media Dunja Mijatovic, which was expected to take part this week.

Following the restrictions imposed on Russian reporters, the Russian Foreign Ministry condemned the treatment of members of the Russian mass media in Moldova.