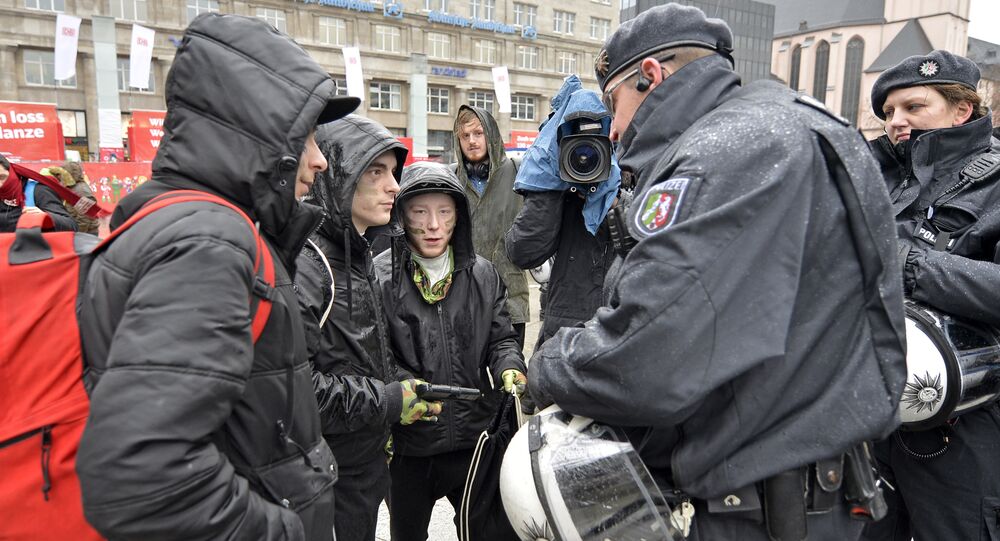 The police in the German city of Cologne received several hundred reports, ranging from complaints about pickpocketing to allegations of physical abuse, German newspaper Welt reported.

Although the traditional carnival that is currently taking place in Cologne is said to be calmer than last year, the number of complaints filed by alleged victims of the crimes exceeds the number of similar applications in previous years.

As of Sunday, the local police received over 400 complaints from citizens who took part in the ongoing festivities. Most of the cases included pickpocketing and physical abuse. The police also registered 35 allegations of sexual violence.

Taking into account the failure of law enforcement forces during the New Year celebrations, the police deployed additional forces in the city during carnival. Whether this would help to prevent cases of sexual harassment on the streets remains questionable. On the first day of carnival the number of reports was already at 22 (including two allegations of rape) compared to nine similar complaints last year.

RTBF
Female Reporter Groped on Live TV in Cologne
Earlier it was said that a female news reporter was sexually harassed on live TV during Women's Carnival celebrations.

The perpetrator, a 17-year-old young man, voluntarily came to the police on Friday, accompanied by his mother. According to police, he admitted that he saw himself in one of the videos published online. During interrogation, he, however, denied that his actions were of a sexual nature. His testimony is currently being checked.

A series of sexual attacks on women occurred in the German city of Cologne on New Year's Eve, where groups of men of North African origin targeted female revelers. The incidents caused a wave of criticism among the local population and strengthened far-right movements in the country.

Over 2,000 Police Officers to Ensure Public Order at Cologne Carnival