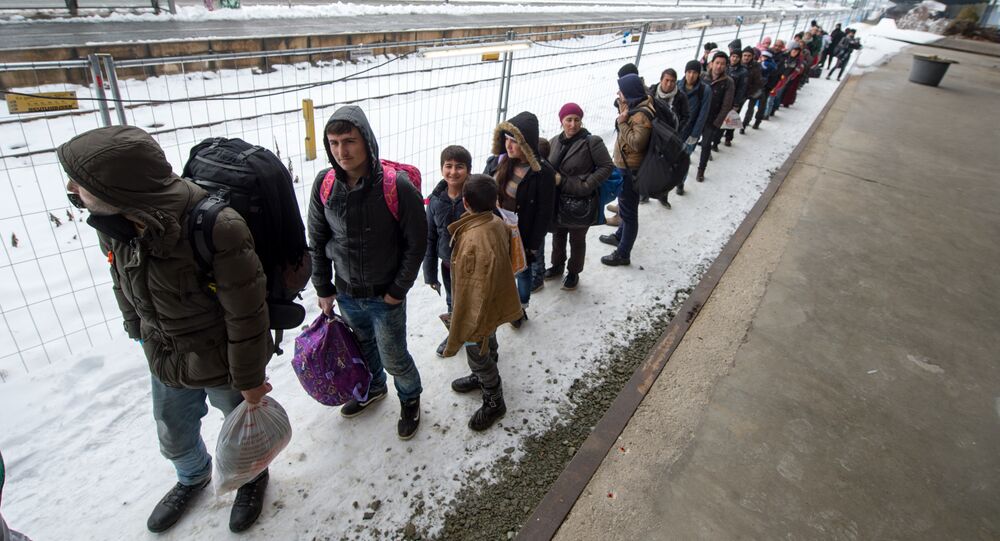 KALININGRAD (Sputnik) — Local authorities in western Poland have increased the number of patrols on the border with Germany to reduce the number of illegal crossings by refugees, a Polish cultural center in Russia’s Kaliningrad said Monday in a statement.

"The local authorities in the west of the country want to protect themselves from the unlawful crossings of refugees from Germany to Poland. The security is provided by increasing patrols and information exchange with German colleagues," the statement reads.

© Sputnik / Igor Zarembo
First Syrian, Eritrean Refugees Arrive in Latvia Under EU Relocation Plan
According to the document, the Polish town of Gubin in the Lubusz region has already requested additional border police controls to cope with 600 refugees located nearby.

The European Union is currently struggling to manage a massive refugee crisis, with hundreds of thousands of people leaving war and poverty in their home countries in the Middle East and North Africa for more prosperous EU states.

Over 1.83 million illegal border crossings were detected by the EU border agency Frontex in 2015.

US Calls on Ten New Countries to Take in Syrian Refugees, Pledge Assistance