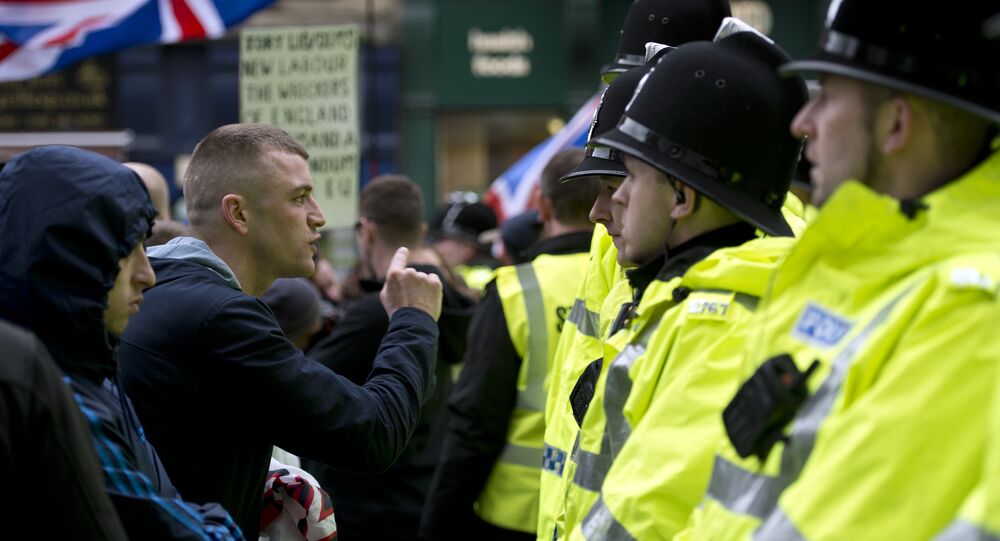 Pegida ‘Costly’ Anti-Islamization Rallies Have No Place in Birmingham

The anti-Islamization Pegida group should not hold rallies in the UK city of Birmingham, as its anti-migrant sentiment lacks significant support of local residents, Jess Phillips, a member of UK parliament for the Birmingham Yardley constituency, said Sunday.

© REUTERS / Neil Hall
Pegida Says to Hold Anti-Islamization Rallies in UK's West Midlands Monthly
MOSCOW (Sputnik) — Earlier in the day, Pegida UK said it would hold monthly demonstrations in the English region of the West Midlands in 2016 starting in April.

"People in Birmingham chose hope. [Pegida’s] costly hate rallies have no place in our city… The public should be made aware of the cost of these rallies in police time," Phillips said, as quoted by The Guardian newspaper.

On Saturday, only 200 protesters took to the streets of Birmingham as part of anti-Islamization rallies all over Europe – half as many as were expected by both Pegida and local police.

© REUTERS / Clodagh Kilcoyne
Pegida Members, Counter-Demonstrators, Irish Police Clash at Dublin Rally
Pegida, an acronym for Patriotic Europeans Against the Islamization of the West, began organizing rallies in its home city of Dresden in October 2014, attracting hundreds and later thousands of supporters.