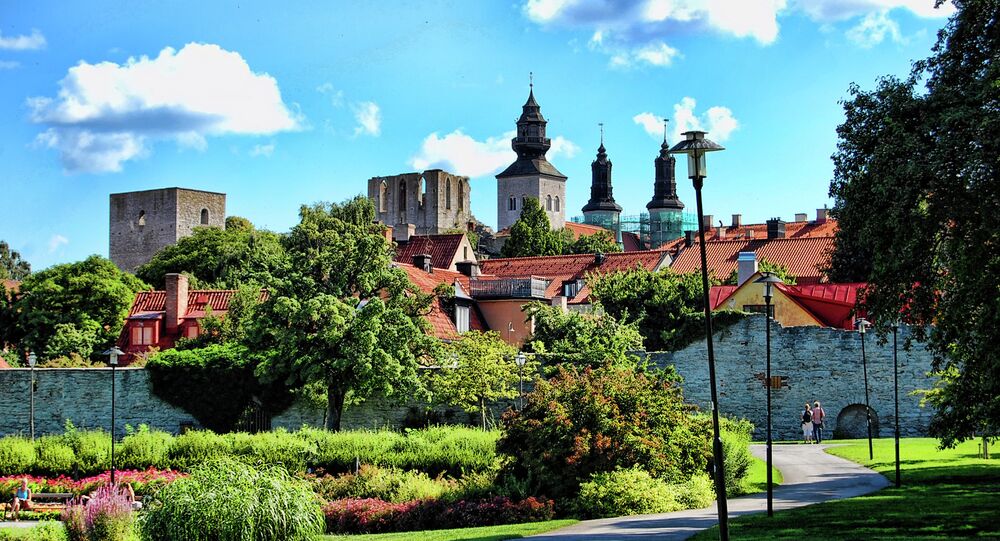 The residents of the Swedish island of Gotland need to get their priorities straight and stop flirting with Russia by asking for economic aid for the economic development of the island, Swedish journalist Hain Rebas wrote for Svenska Dagbladet.

The authorities of Gotland want to allow Russia to invest 50 million Swedish crones (almost $6 million) into the development of Slite Bay on the island, claiming that the Swedish government isn't willing to shell out funds, the Swedish newspaper said.

"Expansionist Russia has already put its hands on a few objects on the strategically important Eastern coast of Gotland, spending 80 million Swedish crones [$9.5 million]," Rebas said, according to Svenska Dagbladet.

So, first Gotland authorities say they lack the money and ask Russia to help out. When Russia shells out close to $10 million and is also willing to spend another $6 million, the Swedish government, which according to Rebas isn't as generous as Russian investors, suddenly cries out about the upcoming invasion of "expansionist" Russia. Seems a little unfair, doesn't it?

Over the past year, there were several reports on how Sweden was trying to flex its military muscles imagining Russian "invaders" ready to land on Swedish soil.

© Photo : NATO official website
Finland, Sweden Considering Joining NATO Due to Imaginary 'Russian Threat'
Last summer, the Governor of Gotland Cecilia Schelin-Seidegard was saying that Gotland should be used as a key place to shoot from at invading Russian troops. Schelin-Seidegard was paranoid that Russia was looking to invade the Baltics and then threaten Sweden.

Although Schelin-Seidegard talked about shooting down Russian troops from Gotland, her government also is negotiating the possibility of building an underwater gas pipeline between Russia's Kaliningrad and Gotland, so the residents of the island could get access to a cheaper gas supply, Svenska Dagbladet reported.

It seems like someone has to take a break and get their priorities straight — are we talking about foreign investment that helps the economy of Gotland or are the Russians finally "invading" Sweden after all?