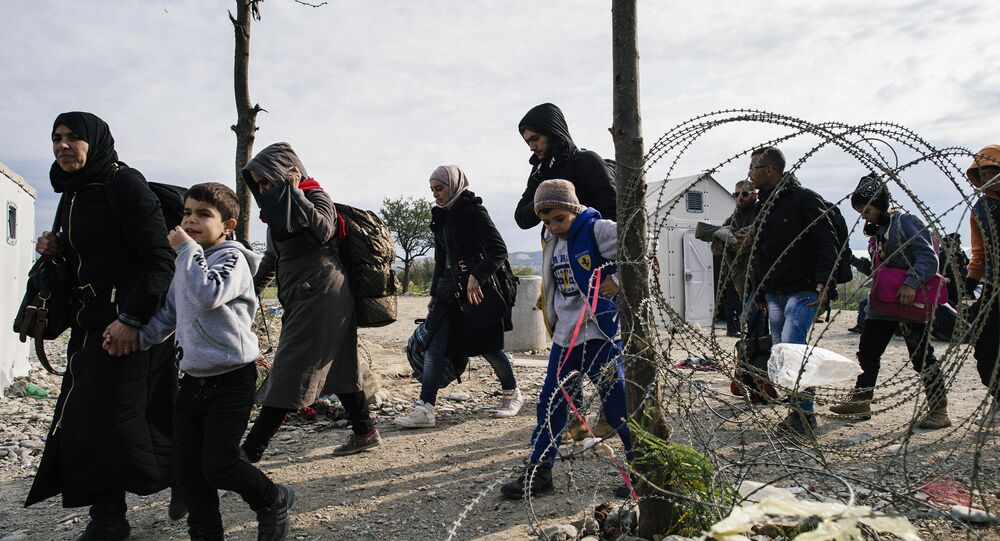 Greek, French and German interior ministers discussed the refugees influx in the European Union and came to conclusion that it is necessary to tighten external EU border.

The three ministers met in Athens for talks on migration. The EU border control agency Frontex and the European Asylum Support Office were also present.

"Curbing immigration, reinforcements for Frontex, fight against falsification of documents – this should be done fast," Cazeneuve wrote on his official Twitter account.

​Greece is used as a gateway by hundreds of thousands of refugees and immigrants seeking to enter Europe. After coming ashore on Greek islands, many of them head north in search of passageways to more affluent Germany and Sweden.

His German counterpart, Thomas de Maiziere, said it was imperative to share data on migrants suspected of having links to terrorists, the Greek outlet said. Cazeneuve also proposed to connect non-Schengen countries to the borderless area’s information database.

The EU border agency Frontex detected over 1.8 million illegal border crossings in 2015, in contrast to some 283,000 in 2014. Germany said earlier this week that it would speed up the repatriation of migrants who misrepresent their identity.

US Calls on Ten New Countries to Take in Syrian Refugees, Pledge Assistance