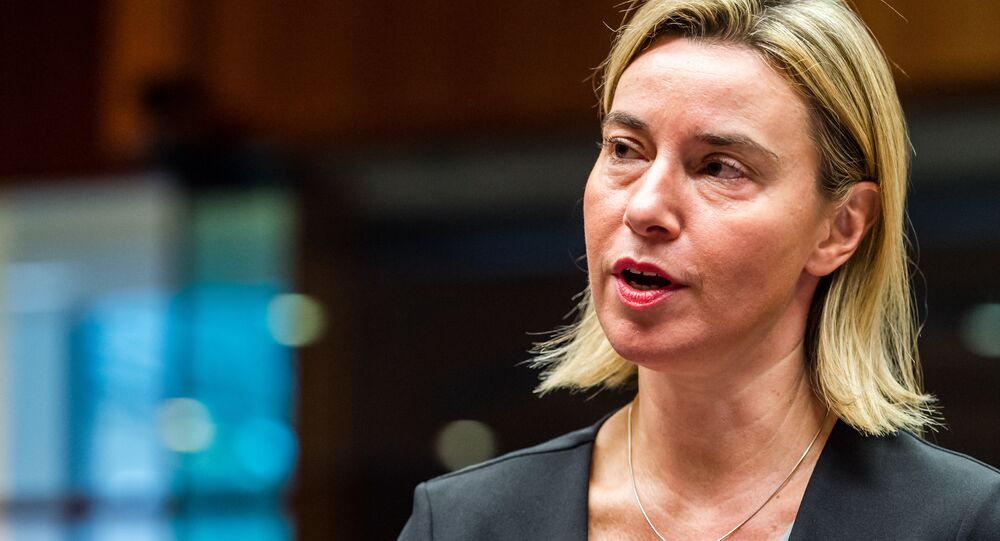 The formation of the unity government in Libya will be an important contribution to the success of fighting Daesh in Libya, EU High Representative for Foreign Affairs and Security Policy Federica Mogherini said Friday.

MOSCOW (Sputnik) — Federica Mogherini stressed that partnership is an important condition of the anti-Daesh fight in the region:

“The best condition to fight against Daesh in Libya is going to be counting on the government of national accord to be in place and to work in partnership with them,” Mogherini told reporters in Amsterdam.

© AFP 2020 / Fethi Belaid
EU Chief in Libya Amid Lack of Western Support in Fight Against Daesh
​She added that the European Union was ready to provide all the possible support to the Libyan unity government, including the security sector.

Libya has been in a state of turmoil since its longtime leader Muammar Gaddafi was deposed and killed in 2011. Daesh, which is outlawed in many countries including Russia, seized a part of Libyan territory centered on Gaddafi's hometown of Sirte in November 2014.

Currently there are two rival governments in Libya: the internationally-recognized Council of Deputies based in Tobruk and the Tripoli-based General National Congress, which are expected to form an interim unity government by as early as mid-February.