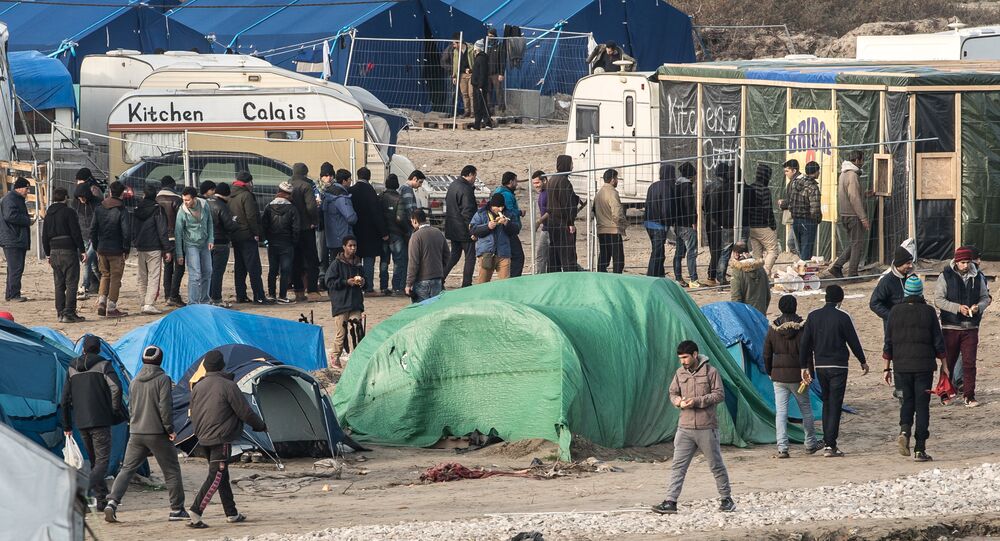 William Spindler, a UN Refugee Agency (UNHCR) spokesman said that the United Nations is concerned about the conditions of refugees and migrants in Calais and Dunkirk, camps for refugees in Northern France.

"We are concerned about the conditions of refugees and migrants in Calais and Dunkirk, in particular children," William Spindler said.

Spindler estimated 4,000 refugee and migrants living in "dire circumstances" in the so-called Calais jungle, and nearly 2,500 in the nearby commune of Grande-Synthe on the edges of Dunkirk.

© AP Photo / Michel Spingler
France Should Deploy Troops in Calais Following Migrant Invasion - UK Trade Association
Calais has become one of the flashpoints in last year’s escalation of arrivals awaiting further travel to the United Kingdom. A number of deaths have been reported last summer and fall in attempted border crossings, and residents in makeshift clamps have regularly clashed with law enforcement officers.

"Children are very vulnerable to any exploitation. We know that people smugglers are present in these sites," the UNHCR spokesman stressed.

He pledged to provide accommodation and legal support for migrants and refugees in the two camps.