The UN Refugee Agency (UNHCR) is concerned about the conditions for refugees and migrants in the French port city of Calais and is ready to increase its presence there to help local authorities, a UNHCR spokesman said Friday. 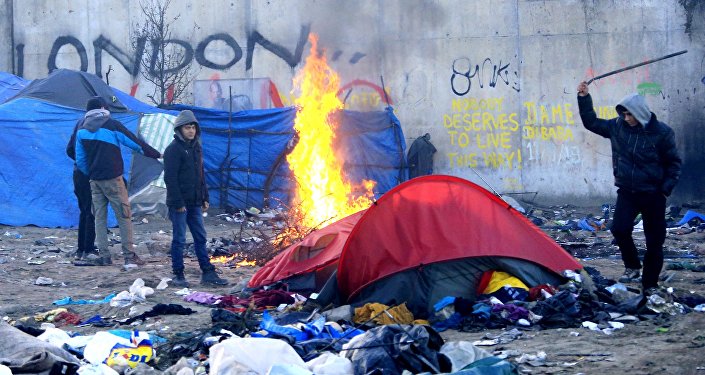 © REUTERS / Pascal Rossignol
Calais Migrant Camp a 'Living Hell', UK Court Papers Reveal
GENEVA (Sputnik) – Calais has become one of the flashpoints in last year’s escalation of arrivals awaiting further travel to the United Kingdom. A number of deaths have been reported last summer and fall in attempted border crossings, and residents in makeshift clamps have regularly clashed with law enforcement officers.

"UNHCR is prepared to support the authorities, including, as of 8 February, through an enhanced presence in the Calais region," UNHCR spokesman William Spindler told reporters.

Spindler estimated 4,000 refugee and migrants living in "dire circumstances" in the so-called Calais jungle, and nearly 2,500 in the nearby commune of Grande-Synthe on the edges of Dunkirk.

"UNHCR is specifically concerned about the living conditions of children," Spindler reiterated.