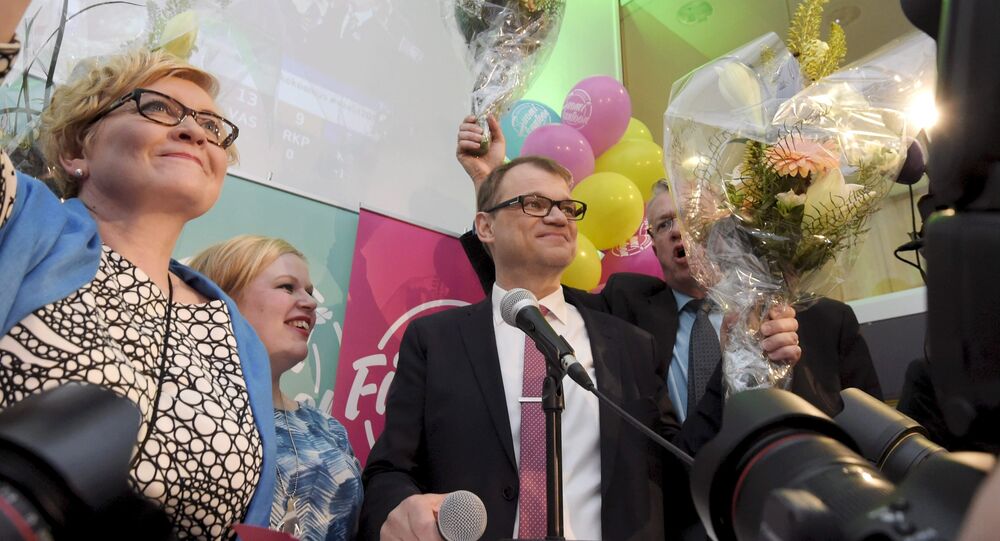 On January 29, Russian Prime Minister Dmitry Medvedev held a meeting with Sipila in St.Petersburg, where the sides discussed cooperation in the migration sphere. On Thursday, Russian Deputy Foreign Minister Vladimir Titov and Finnish Secretary of State Peter Stenlund also had a meeting, where they discussed bilateral relations.

"We [Russia and Finland] had very good discussions on Friday and we continued this week…about a situation on our border and I think that our cooperation and relations basically are good. Of course, the crisis in the eastern Ukraine, in Crimea and the refugee crisis affect the situation in both countries," Sipila said on the sidelines of the 2016 Supporting Syria and the Region conference.

He added that Moscow and Helsinki should deal with the migrant flow to Finland from Russia as well as solving outstanding border issues. 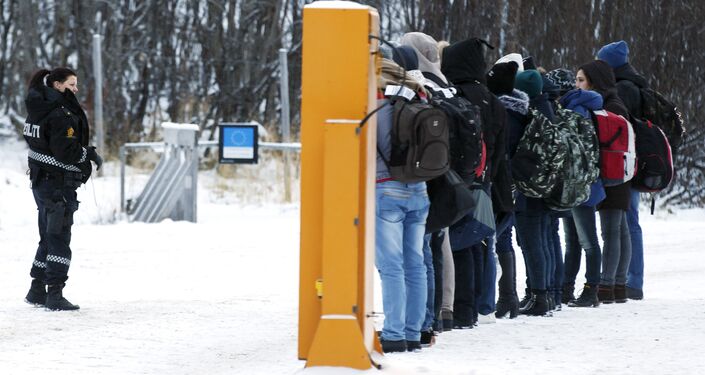 © AFP 2020 / CORNELIUS POPPE / NTB SCANPIX
Migrants receive instructions from a Norwegian police officer at Storskog boarder crossing station near Kirkenes, after crossing the boarder between Norway and Russia on November 16, 2015

Europe has been experiencing a major migrant crisis, as hundreds of thousands of people flee conflict-torn states in North Africa and the Middle East in an effort to find a better life in stable and prosperous European states, such as Finland. Thousands of migrants have attempted to use Russia as a transit route to Nordic countries.

According to Finnish Border Guard data, up to 7,500 asylum seekers could travel to Finland through its Russian border in 2016.