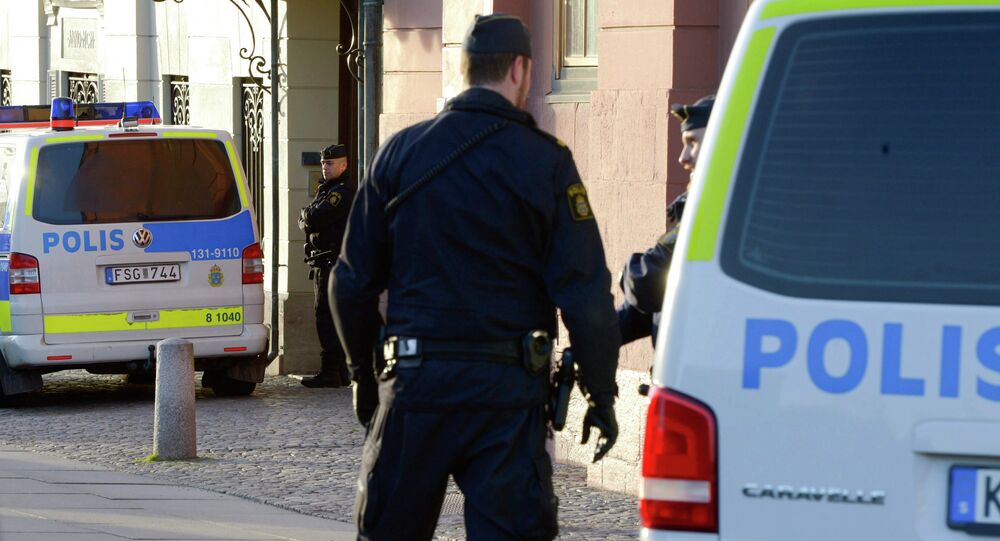 Swedish Police Under Fire for Not Sharing Information on Jihadi Returnees

"There is a great risk that those who are returning are seen as heroes. They could become role models who successfully recruit new fighters," Mona Sahlin said.

"That is why, in order to properly prepare people psychologically and give those surrounding them immunity against this ideology, not only the police should know who they are."

Her agency is tasked with "protecting democracy against violent extremism," by working to improve cooperation between government agencies, municipalities and organizations at the national, regional and local level.

According to Sahlin, 126 Swedish Muslims are believed to have returned to the country after fighting for militant Islamic groups in Iraq and Syria.

Not only do they present a risk of radicalization to those around them, they may also have children who have been traumatized by their experiences in the Middle East.

"It means that when children start school or kindergarten, teachers or kindergarten staff do not know about what these kids have been through, and why they fight and behave as they do. It thus becomes difficult to really protect these children," Sahlin said.

The coordinator against violent extremism believes that while communication between the Swedish Security Service (SAPO) and the police has improved recently, the exchange of information with municipal authorities is still lacking.

"It is also about old prejudices about what police work is and what social work is. Many look down on preventive work and see it as an obscure part of the business. I think it is an equally important part of law enforcement," Sahlin said.

© AP Photo / Manu Brabo, File
Dragged Into Daesh: 40 Swedish Children in Clutches of Terrorist Group
Jonas Hysing, head of the police's tactical unit, told Sveriges Radio that while communication with authorities could be improved, he rejected the idea that there is a reluctance to support municipalities.

"Our aims to support municipalities in preventive work are very high."

Hysing said that the police are working to overcome legal, structural and developmental problems, but are stretched and that confidentiality laws can prevent information from being passed on.

Sveriges Radio reported that SAPO echoed the police concerns about confidentiality, and added that the communication of relevant information to municipal authorities is usually the responsibility of the police.

UK Has Legal Obligation to Extradite Assange to Sweden

No Returns: Sweden May Not Be Able to Expel Denied Asylum Seekers