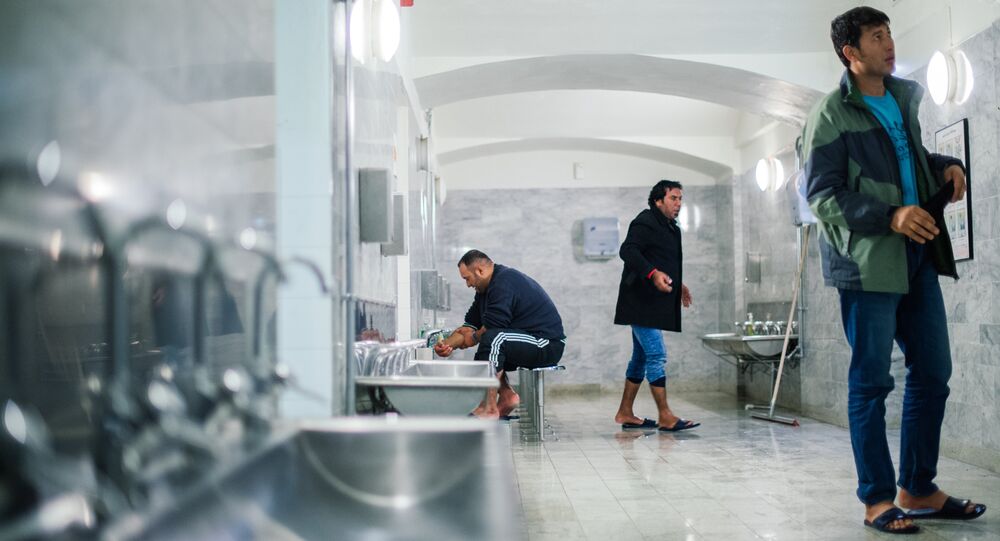 Female high-school students of the Swedish city of Malmo fear for their safety due to being constantly harassed by migrants.

© REUTERS / Drago Prvulovic
Migrant Crisis in Sweden: Who is to Blame?
According to the Sydsvenskan daily newspaper, municipal authorities took the decision to use a school that was previously attended by 12 to 15 years old students to provide education to much older male refugees.

Last autumn local police received six complaints from female high school students who were harassed right on the school premises, in the cafeteria. The school authorities have reported that its female students feel they’re being harassed by the 20-year old men.

"I don’t care about Sweden’s migration policy in general – what matters to me is what happens to my child," a mother of one of the students said.

Anders Öhlin, the man in charge of the culture and education department of the Burlov Municipality, told Sydsvenskan that such incidents mostly occur after school.

Since summer the number of refugees requiring the integrative education has increased from a few dozen to over a hundred, with most of the migrants being boys and young men, which upset the 'balance' between boys and girls, he added.

A fourteen-year-old female high-school student named Emilia told the newspaper how a young man, her senior, threatened her, and then began stalking her and her friends after school.

Her friend, Nora, confirmed the story, adding that she no longer wants to go to school.

A mother of one of the students said that her daughter is so afraid that she keeps the blinds in their house closed at all times.

Earlier, Svenska Dagbladet reported that Stockholm sought to offer economic assistance to Morocco in an attempt to return young Moroccan refugees to their country of origin. The move was apparently prompted by numerous petty robberies and thefts committed by Moroccan teenagers in Sweden's major cities which became a serious concern for local police, the newspaper remarks.