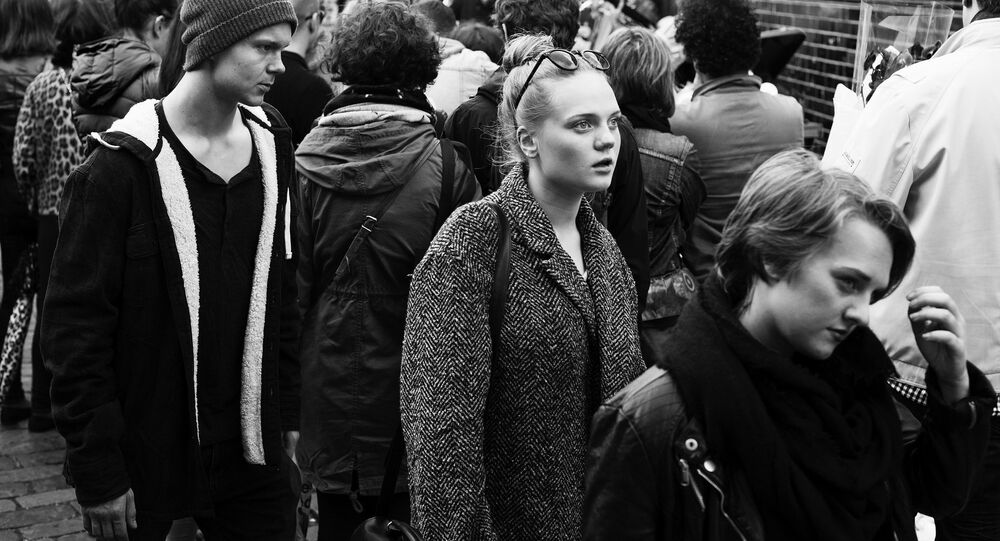 Polls: UK Worries About Migrants Whilst US Names Own Gov't as Top Concern

The British public finds armed conflicts, population growth and terrorism more of a worry than climate change or nukes, whilst the US, for the second year running, names its own government as a concern, two separate surveys have concluded.

A recent poll conducted by YouGov shows that the European refugee crisis, migration and the threat of Daesh have the British public feeling quite nervous. The US on the other hand, according to a survey by Gallup, is more bothered when it comes to its own government. Climate change, though dominating politicians' agendas, seems to be at the bottom of the list for both countries.

Healthcare, poverty and nuclear weapons also made it to the list of the top 10 most worrisome issues, however the difference between the responses in the UK and US is quite striking.

© REUTERS / Russell Cheyne
50% of London Residents Feel Less Safe After UK Airstrikes in Syria
With conflicts in the Middle East fueling the mass migration of people into Europe, it comes as no surprises, according to YouGov, that for half of the 1,700 adults surveyed in the UK, the main concern is population growth.

You could also say it's the size of the island — the UK does have the third highest population density of the 17 countries polled — however, Singapore and Hong Kong, which both have much higher densities, find population growth not so much of an issue to be worried about.

YouGov believes this may simply be down to the fact that the UK's migration question, in light of the refugee crisis, has been highly politicized.

"It is likely Britain's exceptional concern over the issue is linked to the politicization of immigration, which has been seen as the most important issue facing the country since May," YouGov said.

Britain's decision to join a western-led coalition of airstrikes in Syria, as well as the Paris terror attacks on November 13 last year, led to armed conflicts and the threat of Daesh coming in just second to migration. The current threat to Britain from international terrorism remains at 'severe', which means a terror attack is highly likely.

Washington, We Have a Problem

On the other side of the Atlantic, however, pollsters Gallup discovered that 16 percent of Americans for the second consecutive year see the US government as the nation's top problem. Some of the issues by those surveyed were President Obama, the Congress and political conflict in general.

The economy came in second with budget deficit, unemployment and inflation mentioned by some as major areas of concern.

The European refugee crisis hasn't really had an effect on the US but it seems Donald Trump's immigration rhetoric has pushed the migration question into the limelight, coming in at third place.

Terrorism was mention by only 5 percent of those polled, but the figure varies through most of 2015. In the aftermath of the Paris attacks and San Bernardino shooting there was a 16 percent spike of those concerned with terrorism. During the rest of the year, however, terrorism figured mostly in the 2 — 4 percent range.

© REUTERS / Mike Blake
A memorial still remains outside as workers return to work for the first time at the Inland Regional Center (IRC) in San Bernardino, California, January 4, 2016.

From the refugee crisis engulfing Europe to the 2016 presidential campaign in the US, the surveys conducted seem to be a good reflection of what has both nations biting their nails.