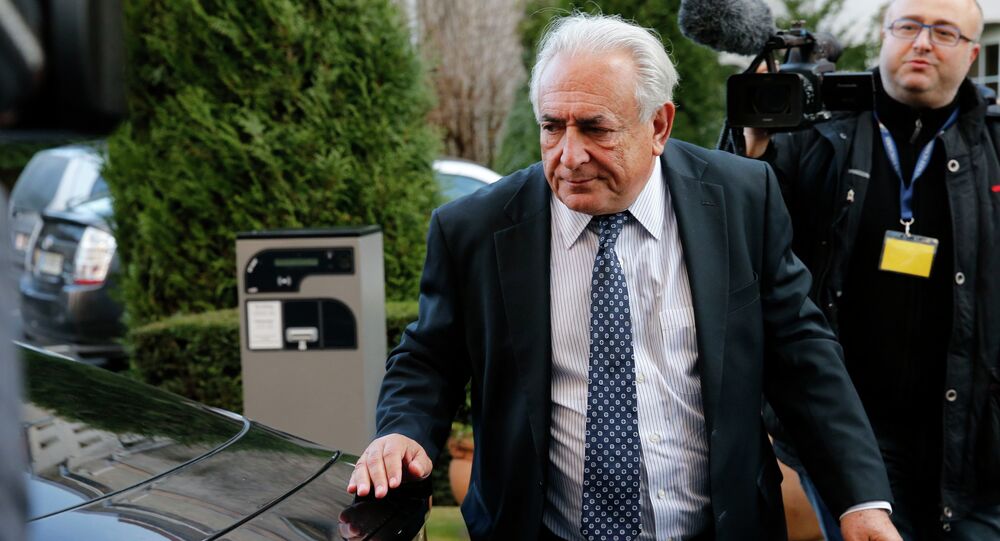 In July, 2015, French prosecutors launched a probe into the activities of Leyne, Strauss-Kahn & Partners (LSK) financial services firm, which had been formerly headed by Strauss-Kahn. The firm was suspected of fraud and misuse of corporate assets, before declaring bankruptcy in 2014. Strauss-Kahn has repeatedly denied the allegations against his person, saying that the control of the firm has been delegated to his partner, Thierry Leyne.

According to the newspaper, the Urbach family accused the management of the LSK, including Strauss-Kahn, of fraudulent maneuvers, saying that he could not have been unaware of his partners' activities.The French Les Echos newspaper reported on Wednesday that the complaint of the Urbach family, which had invested in the LSK all their savings and lost them after firm's bankruptcy, was prepared in November, but was complemented with new details in February.

Strauss-Kahn headed the IMF for four years from 2007, until he left the post in 2011 amid allegations that he sexually assaulted a hotel maid in New York City, which had not been proved out.

On Wednesday, Strauss-Kahn was named as a member of Ukrainian Credit Dnepr Bank's supervisory board.