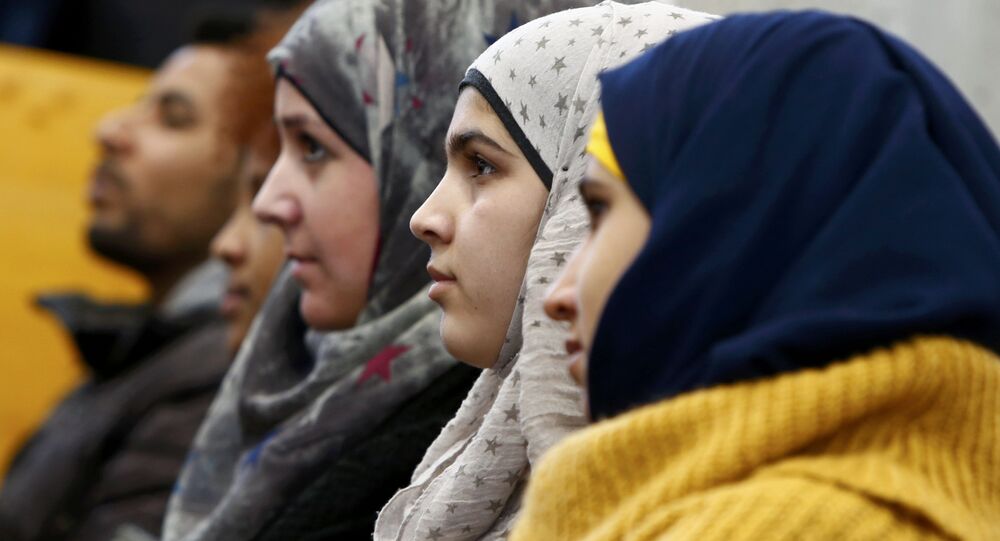 Official figures from the Norwegian Directorate for Children, Youth and Family Affairs (Bufdir) and seen by the Norwegian Broadcasting Corporation (NRK), reveal that 61 migrants applying for asylum status in the Scandinavian country were under the age of 18.

At least ten were under 16, 49 girls and two boys were aged between 16 and 17.  At least two young girls were expecting their second baby and a child bride as young as 11 had arrived in the last three months.

This is a problem in Europe as many migrants/refugees bring child brides with them —even tho illegal in host nations https://t.co/70aMTJoNId

"We are looking very seriously at children under 18 who are in danger of being subjected to sexual abuse, violence and coercion. We are committed to helping these children and preventing forced situations."

The age of consent in Norway is 16.

"Norwegian law applies in Norway, and we are therefore concerned to make sure no child is subjected to sexual relations, violence or other coercive situations when they are in Norway," Mari Trommald explained.

Trommald told of a case involving a 14 year old pregnant girl who had arrived in Norway with her 23 year old husband and their 18 month old baby. The pair currently live separately while the husband is investigated by the police.

However, Thale Skybakk from children’s charity Save the Children in Norway told NRK that it wasn’t always best for child brides to be separated from their older husbands, "one has to make an individual assessment as to what is best for the child".

IKWRO, a women’s rights organization in the UK founded to protect Middle Eastern and Afghan women and girls at risk of ‘honor’ based violence, including child marriage, believes, "child marriage has devastating lifelong impacts".

"It denies childhood and can subject the victim to a lifetime of rape and other forms of sexual abuse and physical violence, as well as emotional, financial and physical control."

© REUTERS / Marko Djurica
Refugee Women, Children Make Up Majority of Asylum Seekers in Europe
Norway’s minister of immigration and integration Sylvi Listhaug, who is responsible for the government’s asylum policy, told NRK: "This is a custom that comes from other countries that are far removed what we are used to".

"It is absolutely reprehensible," she said, suggesting the authorities could punish adult men arriving in Norway with wives under the legal age of consent. Forced marriage is illegal in Norway.

Unni Wikan, a Norwegian social anthropologist, told NRK that further cases are likely to arise in countries across Europe and present further dilemmas on how to handle child bride asylum seekers.

"Norway may have to accept that underage refugees are married and have children," Wikan said.

Charity, Save the Children is calling for procedures and guidelines to be issued advising agencies on how to handle individual cases of child brides seeking asylum with their adult husbands.

Bill Aiming to Ban Child Marriages Shot Down in Pakistan