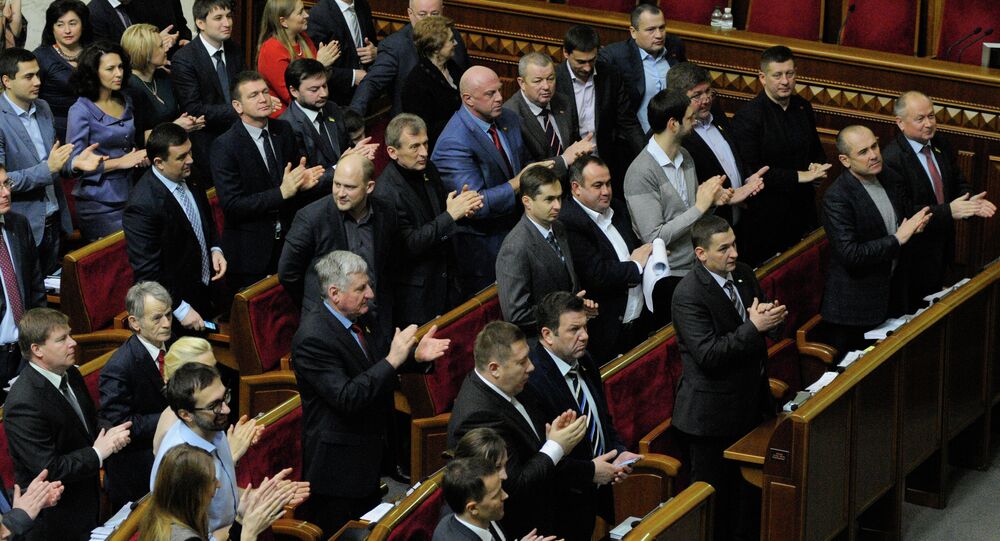 The Ukrainian parliament, the Verkhovna Rada, approved a loan agreement with the European Investment Bank (EIB) that was signed in July.

KIEV (Sputnik) — The Ukrainian parliament, the Verkhovna Rada, ratified on Wednesday an agreement with the European Investment Bank (EIB) for a 400-million euro ($436 million at current exchange rates) loan, that was signed in July.

"The money will be allocated to finance state infrastructure projects in medium and large Ukrainian cities. The main focus of these projects will be the protection, reconstruction and prevention of the deterioration of the condition of communal facilities," the parliament said in a statement.

The Ukrainian economy has been seriously damaged by an armed conflict between Kiev and pro-independence militia in eastern Ukraine.

Kiev has been forced to increasingly rely on external funding to reanimate the country's economy amid a deep recession and high inflation.