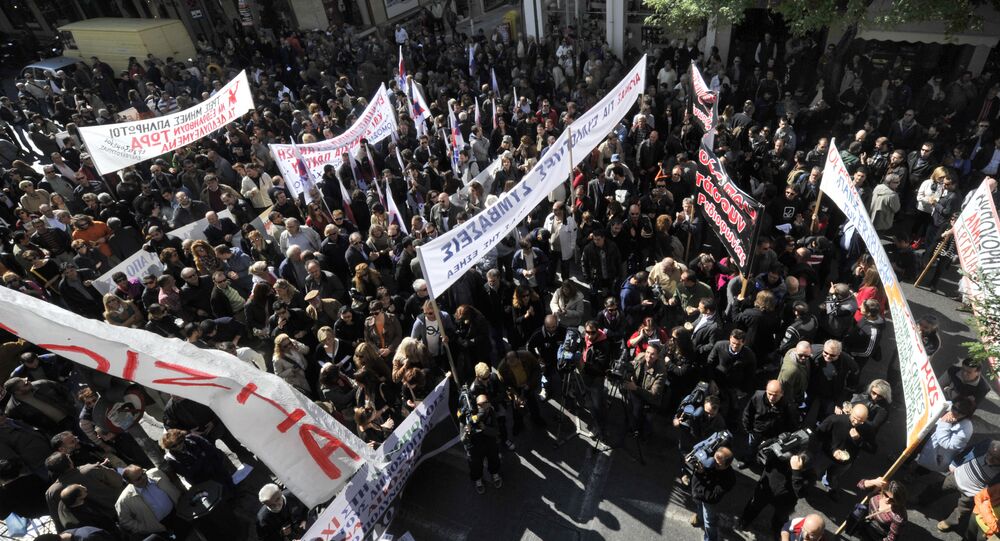 Greek journalists are holding a 24-hour strike on Wednesday against pension reforms in the country, the Panhellenic Federation of Journalists' Unions said in a statement.

© AFP 2021 / LOUISA GOULIAMAKI
Metro, Train Workers Strike Against Public Assets Privatization in Greece
ATHENS (Sputnik) – The protest is staged before a general strike across Greece on Thursday to allow media coverage of rallies.

"Press and media workers, as part of the Greek society, are protesting against the impact of the plan of Labour Minister Georgios Katrougalos on insurance funds … which is leading all employed, unemployed, pensioners and their families to complete poverty," the statement published Tuesday read.

The strike will affect the work of the ERT broadcaster, the Athens Macedonian news agency, as well as a parliamentary television channel and private broadcasters.

Greece's international creditors signed an agreement with Athens in mid-2015, approving a third bailout package for Athens worth about $93 billion in exchange for highly unpopular austerity reforms such as pension cuts and tax hikes.

The Greek economy has been severely strained for several years, because of the country’s multibillion-euro debt, accumulated after the 2008 world economic crisis decimated the state.