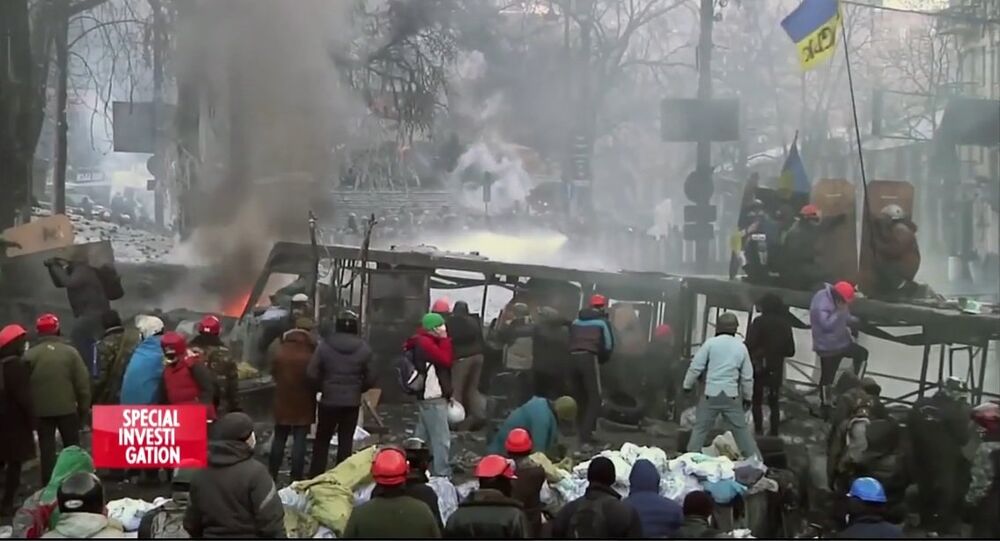 Despite receiving somewhat critical reviews from mainstream media, and an official protest from Ukraine, a documentary about the country' right-wing activists and their role in the 2014 Kiev coup and Odessa massacre earned praise from ordinary French.

The film's announcement on France's Canal+ television channel led to an official demand from Ukraine to not air the documentary, and at times scathing reviews from the France's mainstream media.

"'Special Investigation' on Ukraine and the massacre of pro-Russian [activists] in Odessa. Finally a look that does not seem [black-and white]," French Senator Yves Pozzo di Borgo wrote.

While the program received mild praise in a review from L'Obs, Le Monde accused Moreira of having a "distorted view" of the Maidan, although it commended the documentary for its coverage of the Odessa massacre.

On Twitter, however, users generally heaped praise on Moreira.

​"Paul Moreira is one of the few French journalists for whom I carry esteem for his integrity," user Cahit Storm wrote

One dissenting opinion was that of former government official and Le Monde columnist Gilles Chevalier, who noted his opposition to Front National on his Twitter profile.

​"What a joke! Pure Putinist propaganda…" Chevalier tweeted in response to praise for the program from Canal+ reporter Manu Pey.

Otherwise, however, Twitter users commended Moreira and his documentary.

Director of French Documentary on Ukraine Crisis Responds to Critics

German MP Doesn't Understand Why He Was Banned From Visiting Ukraine