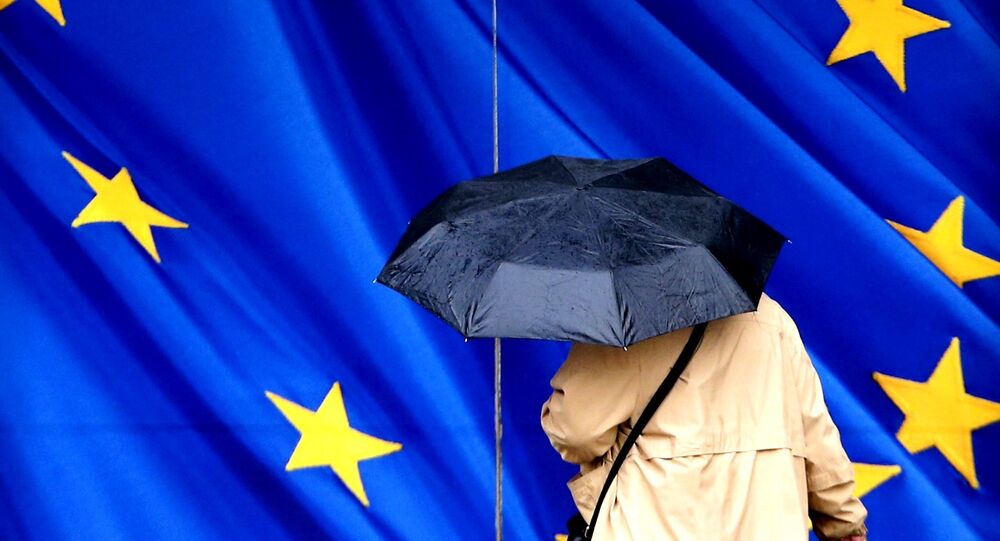 Independence, Ideology, Economy: Why Britons Are Pushing for a Brexit

The UK appears to be closer than ever to reforming its relationship with the EU following talks between leaders in London. Despite this, a new poll has shown increasing support for a Brexit, with critics telling Sputnik there are a series of deep-seated issues pushing Britons out of the EU.

With UK Prime Minister David Cameron and European Commission President Donald Tusk finalizing proposals to be discussed among the 27 other member states at an EU summit later this month, supporters have claimed the reforms are a win and should justify Britain remaining in the bloc.

Despite the breakthrough in negotiations, it seems anti-EU sentiment in the UK is on the rise, with a new poll finding that the chances of Britain cutting ties with Brussels is increasing.

A YouGov poll, published by Reuters, found that 42 percent of people surveyed would vote for a Brexit, while only 38 percent of respondents say they would prefer to stay in the EU.

Patrick Minford, Professor of Applied Economics at Cardiff Business School told Sputnik that he's not surprised by the rise in Euroskeptic sentiment, saying there are many reasons why ordinary Britons would be leaning towards a Brexit.

He said that chief among those concerns is the perceived lack of transparency and erosion of national sovereignty associated with the EU.

"The point is that the EU has developed in ways that we never expected. It has become a very centralized, top-down organization with no real ability to change what it decides. People in the UK are a small, outnumbered group in the EU. What's happened is that they've lost the ability to government themselves by stealth. This thing [the EU] has grown and grown until suddenly we discover we're part of something that's like the Austro-Hungarian Empire."

Professor Minford says the issue of independence and being able to elect and dismiss governments is something that runs deep in the British psyche, and something he believes is at odds with the current EU set-up, particularly in regards to issues like immigration.

"I think they [the British people] want self-government, this has always been what British people have wanted. They don't like being bossed around by people that they can't get rid of — that's the main thing."

This push for independence taps into a larger national ideology about how Britain views its relationship with the rest of Europe, professor Minford says.

With a clear objective to have an agreement on #UKinEU of all 28 at the February #EUCO https://t.co/VyFPqtgLSX

He argues that unlike pro-EU political movements, which share popular public sentiment in some countries, the British establishment has by and large resisted the push for an "ever closer union" with many calling for the EU to revert back to an open market trade area rather than an ever closer political union.

As a result of this fundamental difference in ideology, professor Minford believes the only way to satisfy the British public is to leave the EU and negotiate a new form of arrangement with the bloc.

The impact on Britain's economy has been one of the major points of discussion from politicians, think tanks and businesses throughout the Brexit debate, with both sides putting forward their arguments.

While pro-EU campaigners have argued that leaving the bloc would be an economic disaster, professor Minford disagrees, writing in his latest book 'Should Britain Leave the EU?' that the UK would flourish outside the bloc without being tied to Brussels.

"People are saying that we've got to be in the EU because of reasons of economics, but what my book shows is that economics goes the other way. We're much better off outside from an economic point of view and what we need to do is renegotiate a relationship with the EU so that we're outside and have a bilateral treaty so we regain our sovereignty and we do things together that are done together and we do the other stuff separately," professor Minford told Sputnik.

Now that a set of proposals are set to be discussed among European leaders, debate over a possible Brexit is set to continue in the UK, and Minford believes the British public will vote to leave the bloc and radically change Britain's relationship with the rest of Europe.

"It won't be a Brexit it will be 'Bre-set.' We need to reset this relationship between a mature democracy and this attempted Austro-Hungarian Empire, which is of course beset by crisis. We will have a relationship with it that respects all of our mutual interests. But this business of them trying to run us from Berlin and Brussels is just going to have to stop. I think we're going to vote out and we're going to have a new treaty."