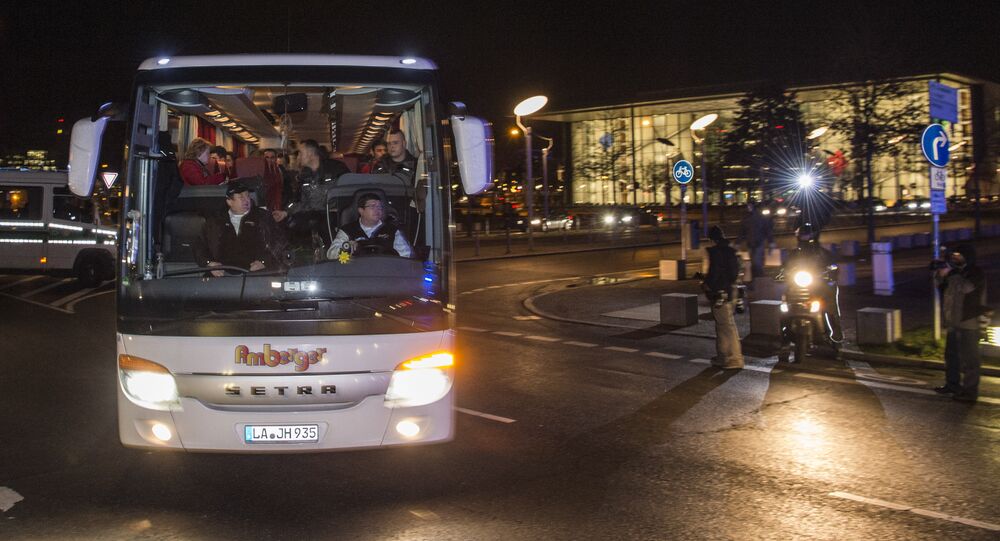 The Senate of Berlin is negotiating with a hotel group to lease 10,000 rooms for asylum seekers in the city, FAZ reported.

© AP Photo / Gero Breloer
Berlin Denies Allegations Germany Lost Track of 600,000 Refugees
The Senate of Berlin is in negotiations with a hotel chain for the long-term lease of 10,000 rooms for asylum seekers in the state, Frankfurter Allgemeine Zeitung (FAZ) reported on Monday.

Sources in the Senate Chancellery of the Federal State of Berlin told FAZ that the government is seeking to lease 22 hotels from the Grand City Hotels (GCH) hotel management group, which is being represented in negotiations by London-based Hampton Holding Ltd.

"The owners and managing directors of GCH are a group of Israeli entrepreneurs, according to a progress report from the Coordinating Staff of refugee management in the Senate Chancellery," reported FAZ.

GCH is asking for a fee of 50 Euros a night per place, which amounts to 1500 euros a month, or 18,000 euros ($19,675) a year. Among the potential accommodation for asylum seekers being discussed include the Hotel Berlin Mitte, City West and Berlin City East hotels, as well as hotels from the Holiday Inn and Wyndham hotel chains.

"For hotel operators, rental as refugee accommodation is attractive because they are guaranteed to receive a 95 percent rate of occupancy, whereas otherwise the profitability threshold in the sector is 60 to 65 percent," explained FAZ.

"Since the Senate is interested in a multi-year term of lease, that would amount at least 600 million euros," the newspaper quoted an official close to the negotiation, who said that "the amount of rent is critical."​

© REUTERS / Fabrizio Bensch
Germany's Spending on Refugees May Reach Unprecedented €50 Billion by 2017
The lease currently under negotiation is not the first by the Berlin authorities. It has already agreed a two-year deal to rent the former Best Western Hotel 'President,' in the Schoneberg area of Berlin for 150,000 euros ($164,000) per month, in addition to a transfer fee of 400,000 euros for the 182-room hotel's furniture.

Around 80,000 asylum seekers registered in Berlin in 2015, and the Senate projects another 30,000 places will be required this year to house them. The city authorities have already appropriated almost 50 gymnasiums as emergency accommodation, and the former Tempelhof airport is being used to house up to 7,000 refugees and migrants.