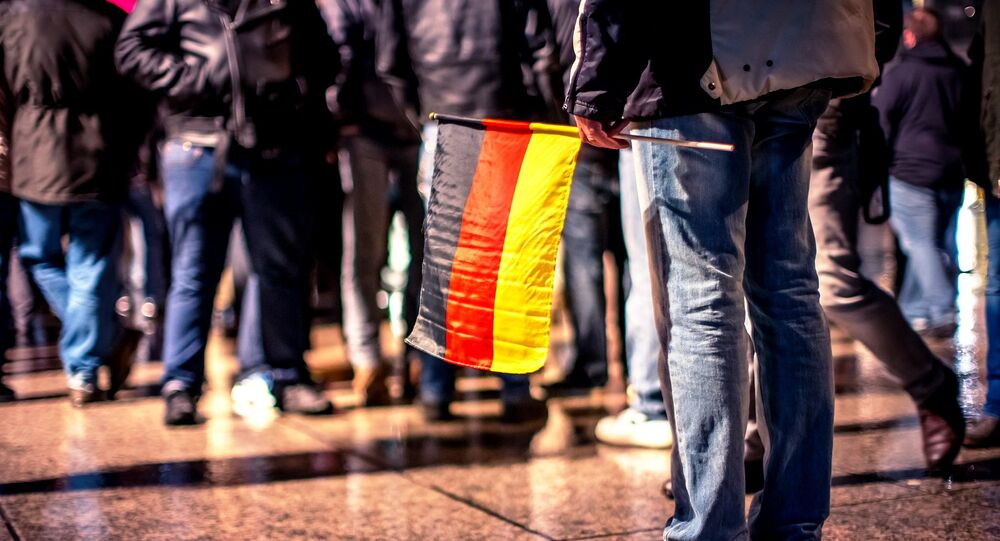 Germany has become polarized over the refugee crisis, which has seen a rise in support from the anti-Islamization movement Pegida and the right-wing AfD party whose leader sparked protests after suggesting police shoot at migrants entering the country.

Since the influx of more than a million migrants and refugees, Germany has become polarized, with Angela Merkel refusing to set a cap on the numbers arriving in 2016 and promoting the idea of always opening Germany's doors to genuine refugees.

On the other hand, there have been a whole series of arson attacks on refugee hostels amid growing outrage at the burden the crisis is putting on the country. Following the widespread series of sex attacks and other crimes in Cologne on New Years' Eve, there has been growing anger, which has seen a rise in support for Pegida and the right-wing Alternative for Germany (AfD) party.

However, there has been outrage since the AfD party chairwoman Frauke Petry told a newspaper that police could shoot at migrants entering the country if they needed to.

© Flickr / Der Tempelhofer
"We need efficient controls to prevent so many unregistered asylum-seekers [who] keep on entering via Austria. [Border police] should be able if need be to have recourse to their firearms — as laid down by law," Petry said.

However, her comments were heavily criticized Tuesday by former AfD leader and party founder Bernd Lucke, who told the Augsburger Allgemeine newspaper in Bavaria, Southern Germany, that what Petry had said about refugees was "inhumane, inhuman and unbearable."

Lucke — who left the AfD party after being deposed by Petry after a series of party infighting and set up another party, the Alliance for Progress and Renewal (ALFA) — said:

"It hurts me very much, what has become of the AFD. I had not expected this radicalization. Frauke Petry and her deputy Alexander Gauland bear joint responsibility for it. This is a development that I would never have imagined."

© REUTERS / Michaela Rehle
Germany to Slash Benefits for Migrants Reluctant to Integrate
The refugee crisis has sparked a huge political polarization within Germany and there is a continuing spate of attacks on refugees right across the country, including arson, violence and intimidation.