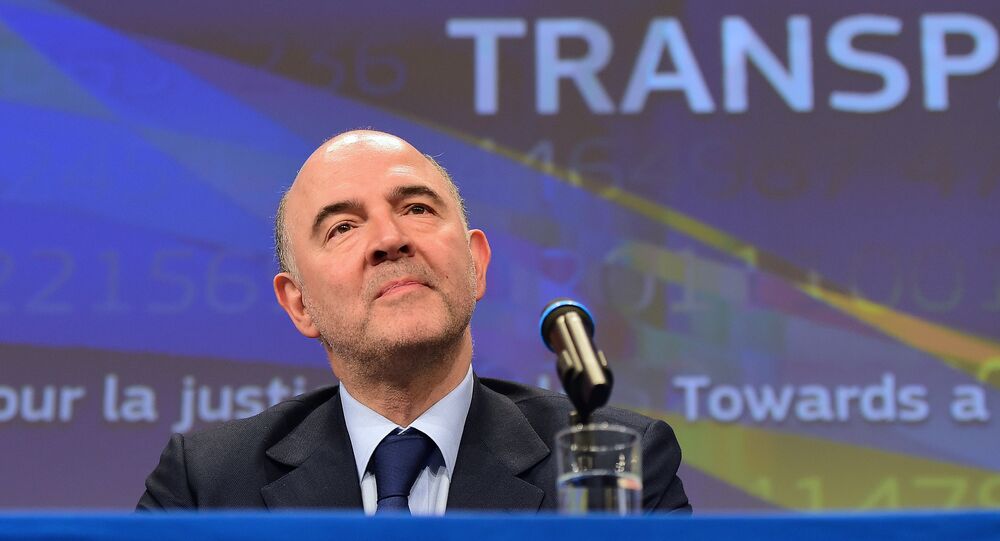 The European Commission's new proposals to stamp out on corporate tax avoidance do not deliver real transparency and fail to address properly the aggressive tax avoidance schemes used by companies such as Amazon and Google, Sputnik has been told.

The Commission was responding to a series of court and European Commission decisions on aggressive tax plans used by multinationals to move profits around EU member states to take advantage of lower taxes or so-called 'sweetheart deals'.

"The Commission's proposal only deals with part of the problem. Multinationals' financial information will be provided just to tax authorities while citizens, journalists and policy-makers will still be kept in the dark. Citizens have a right to know how much companies contribute to the societies they operate in," Elena Gaita, Policy Officer on Corporate Transparency at Transparency International EU told Sputnik.

In January 2016, the European Commission branded the Belgian "excess profit" tax scheme illegal under EU state aid rules and ordered the country to recover the US$760 million unpaid tax from the companies concerned, most of which are major multinationals.

The European Commission last week published a series of proposals to stamp out such schemes — including legally-binding measures to block the most common methods used by companies to avoid paying tax. It also proposed a recommendation to member states on how to prevent tax treaty abuse and a proposal for member states to share tax-related information on multinationals operating in the EU.

However, according to Transparency International, the EU should instead live up to its rhetoric on tax transparency and bring about the public reporting of multinational profits, taxes and other information, as is already the case in other sectors.

Elena Gaita told Sputnik that the European Commission is acting in a bizarre way by investigating tax avoidance practices on the one hand, while also failing to allow for the public access to corporate tax practices, as major companies will only have to disclose their profits to the tax authorities in private.

"It seems bizarre that one hand of the Commission spends so much time investigating tax rulings when another hand could save the hassle and simply make corporate tax practices transparent," Gaita told Sputnik.