Spending for health care, accommodation, language courses and other expenses related to the migrants' inflow may reach an unprecedented level by the beginning of the next year.

Germany is expected to spend almost 50 billion euros on refugees over the course of the year, German magazine Spiegel Online wrote, referring to a new study by the Cologne Institute for Economic Research. 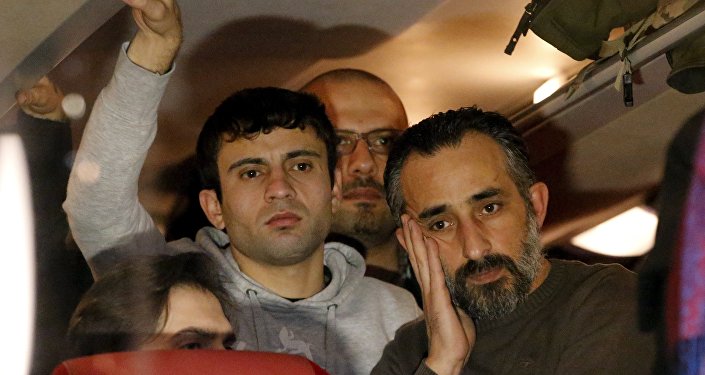 © REUTERS / Fabrizio Bensch
Easy Solution: Germany 'Should Give Refugees Job' Instead of Confiscating Valuables
According to the latest data, Germany will spend about 17 billion euros on accommodation for asylum seekers and five billion euros on language and integration courses. Along with other costs, the entire sum is expected to reach 27.6 billion euros.

The findings of the new study confirm previous forecasts of the Kiel Institute for the World Economy, although the Kiel Institute's researchers published even higher cost estimates related to the migration crisis.

According to the best scenario, the country's authorities will have to spend 25 billion euro annually until 2022, while the worst scenario estimates the future annual spending at about 55 billion euros.

© REUTERS / Michaela Rehle
Germany Prioritizes Deportation of Refugees Over Integration - Lawmaker
Researchers of both institutions stressed that the estimates are a subject to great uncertainty — because it is impossible to foresee how many refugees actually will arrive and how quickly they will integrate into the labor market.

Over a million refugees have arrived in Germany alone last year. Most of them left their crisis-torn home countries in North Africa and the Middle East in search of a better life in stable and wealthy EU member states.