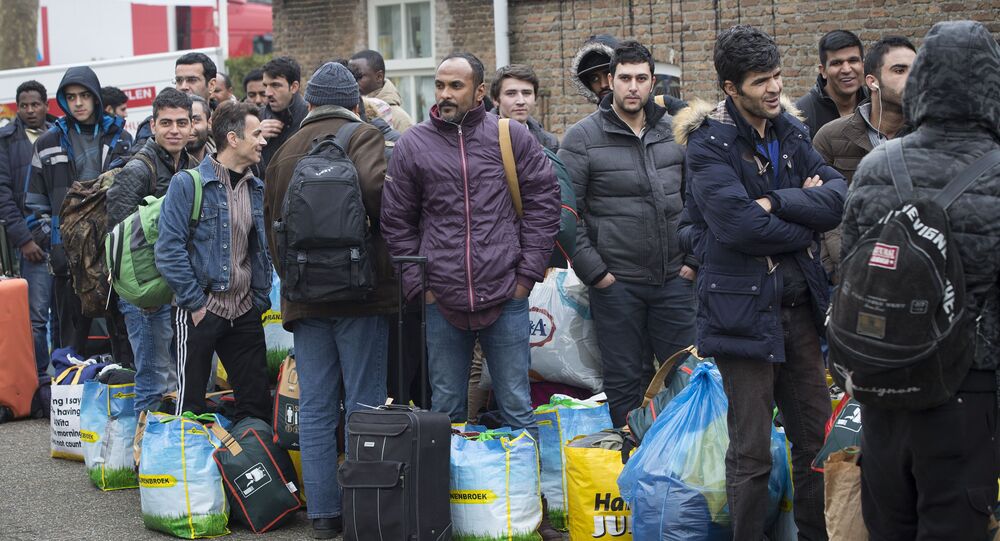 After getting into the European Union (EU), refugees thought they would live happily ever after, but turns out Europe isn’t the land of milk and honey as they might have thought previously – migrants claim they are facing discrimination, harassment and outright hostility coming from locals.

Despite receiving a variety of social benefits, refugees feel that locals aren't completely accepting them, making them feel unwelcome.

In Wales, for example, refugees, who were housed by a local social service agency, were forced to wear wrist bands at all times to be able to get free meals. This made refugees stand out on the streets and made them victims of verbal harassment and abuse from locals.

"When you walk down the street all the local people who see this brightly colored band know who we are and where we live. We feel we are not equal with this community," a refugee, named Maher, told the Guardian.

Refugees weren't allowed to take off wrist bands, as in their absence refugees were turned away from food.

© REUTERS / Johan Nilsson
New Wave of Racism? Dozens of Masked Men Attack Migrants in Sweden (VIDEO)
Newcomers aren't feeling much better in Sweden either. Last week, it was reported that groups of young Swedish men, presumably the supporters of far-right organizations, attacked refugees and anyone, who didn't happen to look like an ethnic Swede.

"There were groups of men on the streets dressed in black and wearing masks on their faces… they were beating up newcomers. I saw how they started harassing three of them," a witness told AFP.

Things for refugees are rotten in the state of Denmark as well. The Danish government is working on a new, controversial law that will allow police to seize valuables of refugees worth more than $1,450 in order to cover housing and food costs.

The bill has been criticized by human rights organizations and international media which compared it with policies in Nazi Germany, when the government of Third Reich stole valuables from Jews and other marginalized groups.

Over 7,000 Germans took to the streets of Stuttgart to protest against the influx of refugees to Germany on January 16. A week earlier, German police had to break up another protest in Cologne organized by far-right and anti-Islam organizations. Protesters chanted anti-refugee slogans and carried banners some of which read "Merkel must go" and "this is the march of the national resistance," according to Aljazeera.

No Reason to Complain?

While refugees, journalists and human rights organizations have accused the European government of discriminating against refugees, many EU citizens believe that the newcomers live better than Europeans themselves, Lenta.ru news site reported.

Locals think that refugees get more than enough, including free meals, accommodation, medical care, language courses, school education, benefits for children and even a right to work (except in Britain).

Furthermore, many volunteer organizations provide refugees with clothes and other essentials. Those newcomers who aren't working also get extra "pocket money." EU citizens complain that many refugees have enough money that they even manage to send funds to their relatives back to the Middle East and Africa, Lenta.ru said.

Some 7,000 Germans Protest Against Hate, Violence Toward Refugees