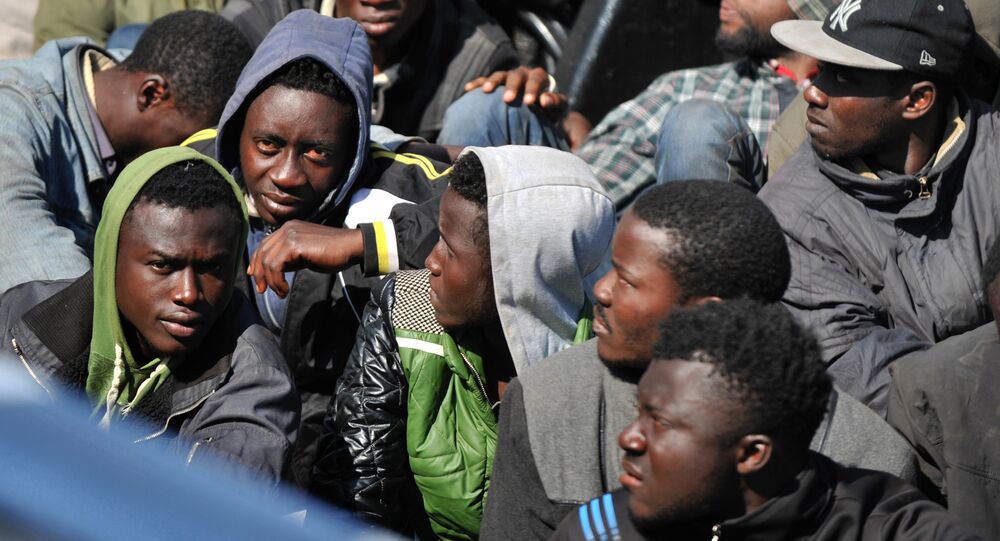 If the German authorities can't deport refugees to their countries of origin, they allegedly pay other countries to accept them, thus changing their nationality, the website local.de reported.

© AP Photo / Kerstin Joensson
No More Refugees? Austria Calls for Germany to End Its ‘Culture of Welcome'
The procedure is claimed to take place in the framework of the so called "Readmission Agreements" and mainly applies to African countries.

According to these agreements, the countries have to readmit their own citizens who were rejected an asylum status by Germany. But despite that, they are encouraged to accept rejected asylum seekers from other countries, who travelled through these transit countries to get to Europe.

As reported by refugee rights organization Pro Asyl, African embassies are paid for their assistance. German immigration authorities have allegedly invited officials from African States to participate in special meetings where they "decide on refugees' nationality."

The procedure usually lasts for several minutes, with refugees not even aware of the purpose of the meeting, German newspaper Der Freitag reported.

"It is difficult to say how many people it affects," a Pro Asyl representative said. "The cases only come to light on an individual basis when someone who has been sent back to Africa reports it."

According to official data, Germany has 13 Readmission Agreements so far. There is no information on the number of people deported to African countries as a part of such deals.