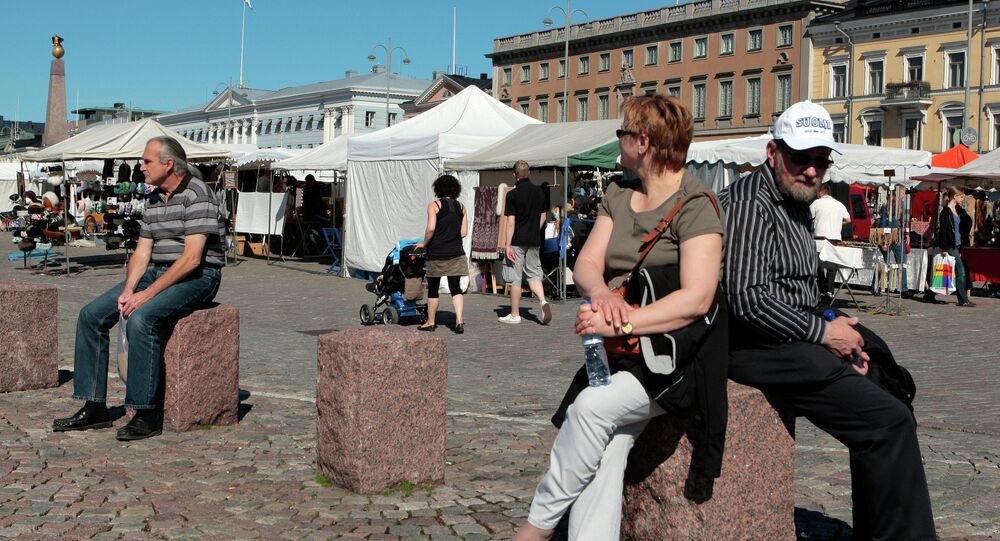 ‘Neutrality is Beautiful’: Majority of Finns Want to Stay Away From NATO

© Photo : NATO official website
Finland, Sweden Considering Joining NATO Due to Imaginary 'Russian Threat'
The work is being done in connection with the preparation of a report on Finnish foreign and security policy.

The Ministry has appointed a group of four experts to carry out the assessment, expected to be available in the spring of 2016.

Johan Bäckman, a leading Finnish rights activist and social scientist, said that despite the official viewpoint, ordinary Finns are not particularly happy about the prospect of joining NATO.

“Why did they set up this group in the first place? I think the government bent under the pressure of the Americans and their friends here in Finland. And still, even though Finland, like many other countries, is now cooperating with NATO, the whole idea is not very popular among our people,” Bäckman told Radio Sputnik.

He added that, according to the latest polls, a mere 27 percent of Finns favored NATO membership, while the rest said they did not like the idea.

Even some members of the team assessing the risks of the neutral Finland joining the North Atlantic Alliance, including René Nyberg, Finland’s onetime ambassador in Russia and Germany, have already said that Finland would be better off staying out of NATO.

Johan Bäckman said he was confident that Finland would not give up its neutral status.

“This country has a good and constructive policy of neutrality. I am sure that that it will never become a NATO member and I think that simply bringing this matter up is totally absurd,” he emphasized.