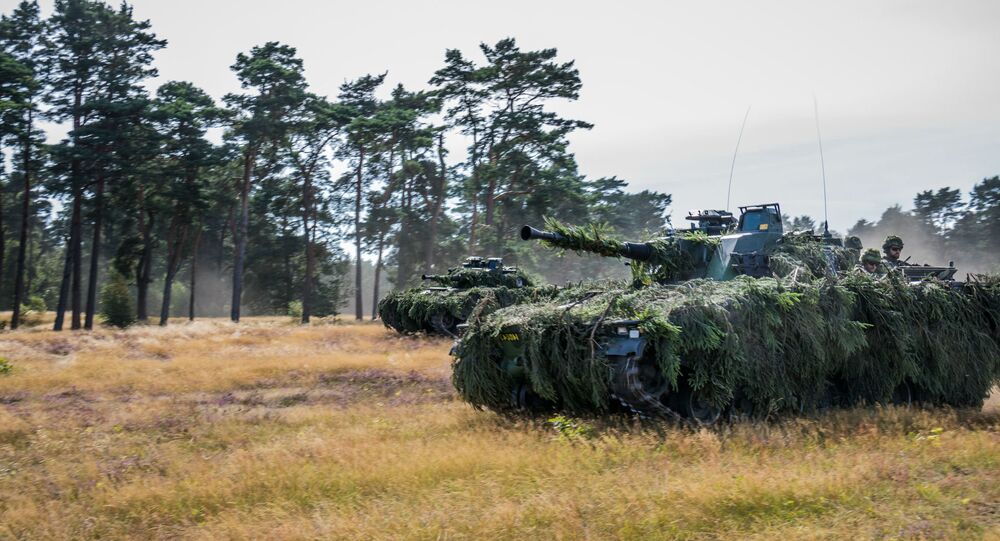 Despite an official policy of neutrality, leaked documents show that Sweden may be preparing for war with Russia.

In 2014, Swedish authorities were convinced that a Russian submarine was patrolling the waters around Gotland Island. The ensuing hysteria was based on grainy photographs, and the Swedish government finally admitted the panic had been for nothing.

Stockholm’s paranoia has, however, not diminished. According to an internal brochure circulated by Swedish Army chief Major General Anders Brannstrom, the military must be prepared for a "qualified opponent."

"The global situation we are experiencing and which is also made clear by the strategic decision leads to the conclusion that we could be at war within a few years," the document reads. "For us in the army we have to, with all force we can muster, implement the political decisions."

The brochure reiterates the military’s need for the "capability of armed battle against a qualified opponent."

There is little ambiguity about the identity of Sweden’s "opponent." The Scandinavian country has been steadily downsizing its military since the end of the Cold War but, after the sighting of the phantom submarine, a $696 million increase in the defense budget was requested.

Stockholm has also expressed a stronger interest in joining NATO, an organization that could be said to exist solely on its repeated and unfounded accusations of Russian "aggression."

"With this new framework for expanded defense cooperation, the next step for the Swedish and Danish Armed Forces will be to examine conditions for concrete operational cooperation," according to a statement from the Swedish Defense Ministry.

This is in addition to an existing military cooperation agreement between Sweden and Finland.

"We should be aware that we are continuously being exposed to intelligence gathering and campaigns. We also know that areas in our region, the Baltic and increasingly the Arctic, constitute areas of friction between Russia and the West."