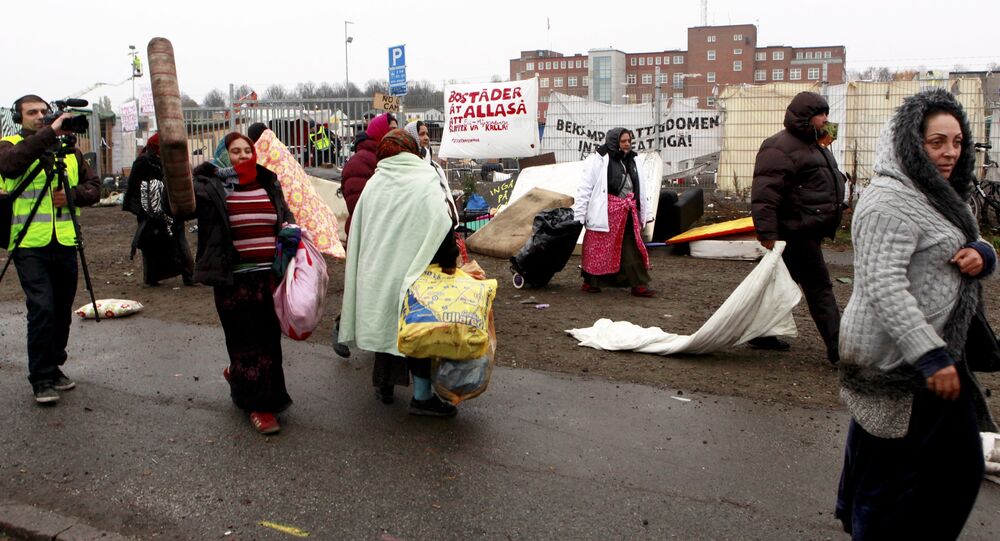 © AP Photo / Pontus Lundahl
Rejected Asylum Seekers Who Refuse to Leave Sweden to Receive Less Aid
A formal request submitted to parliament by Jessica Polfjärd, who leads the Moderates’ faction in the Riksdag, holds the government responsible for failure to respond to alarm signals from authorities overwhelmed by last year’s refugee crisis who warned that the situation was spinning dangerously out of control.

“Because the government has the ultimate responsibility for emergency management, we feel that there are issues we need to get to the bottom of so we can tell the Swedish people why there have been delays. Despite having received information on the emergency situation, the government has chosen not to act at once,” Polfjärd said.

She also said that the government had taken up to three months to respond to concrete information from various authorities that they were becoming overwhelmed.

Jessica Polfjärd laid part of the blame on Interior Minister Anders Ygeman and Foreign Minister Margot Wallström, but most of it on on Prime Minister Stefan Löfven.

“We felt that no one stepped forward and took responsibility,” Jessica Polfjärd told DN newspaper. “The person ultimately responsible is the Prime Minister.”

According to a recent study ordered by Dagens Nyheter the country’s Migration Department repeatedly refused to set up a special body to tackle the crisis However, despite the obvious fact that the problem has got out of hand, the Department still lacks adequate facilities and trained personnel to deal with the problem.

The Long Goodbye: Sweden Will Give Failed Migrants Financial Aid for Years