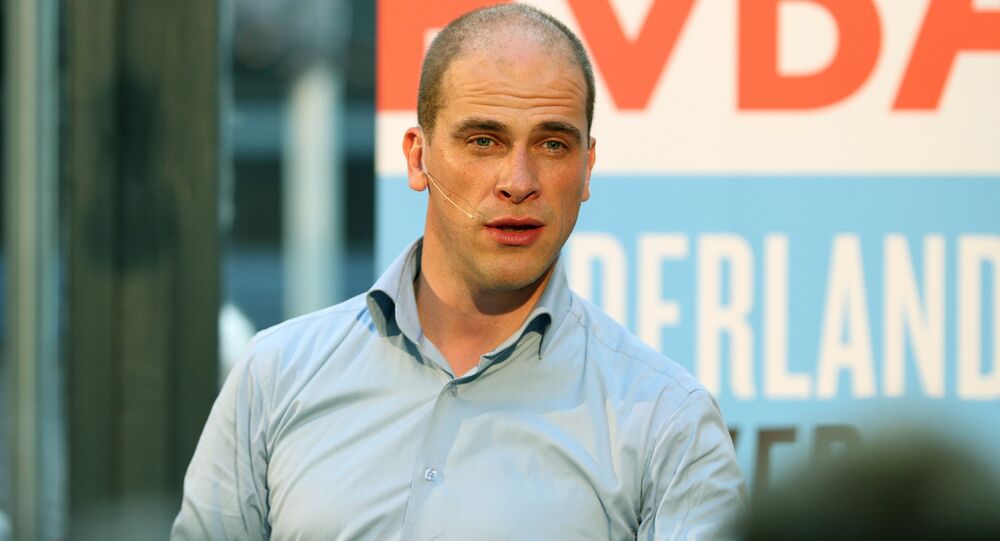 Another 'Bright Idea': How the Dutch Plan to Solve the Refugee Crisis

The European Union has been continuously condemned by human rights groups for failing to solve the refugee crisis, while EU leaders just hold meetings and summits to figure out a solution, without ever reaching one.

When German chancellor Angela Merkel struck a deal with Turkey in December 2015 by paying Ankara US$3.2 billion in aid money in exchange for containing more Syrian refugees, human rights groups promptly accused the EU of "outsourcing its dirty work".

An investigation carried out by Amnesty International (AI) found that many asylum seekers had been treated inhumanly by Turkish authorities. AI warned the EU that it was in danger of being complicit in serious human rights violations against refugees and migrants.

Hungary, Czech Republic, Slovakia and Slovenia have refused to resettle any asylum seekers who arrive in Greece or Italy. The Eastern European countries want nothing to do with the EU’s proposed policy on sharing refugee quotas. They want more barbed wire not people.

And yet refugees keep on coming. It’s estimated that 45,361 migrants have arrived in Greece via Turkey already this year.

© REUTERS / Michalis Karagiannis
Refugees and migrants arrive aboard the passenger ferry Eleftherios Venizelos from the island of Lesbos at the port of Piraeus, near Athens, Greece, December 26, 2015.

The Netherlands, which now holds the rotating six month EU presidency, is the latest country to come up with a plan.

Dutch social democrat leader Diederik Samsom said he wants EU countries to accept a "couple hundred thousand refugees per year from Turkey, in exchange for [Turkey] accepting back everyone who enters [the EU] via Greece". And he thinks this could start as soon as March. Samsom told German newspaper De Volkskrant:

"I think there is a realistic change that by this spring a leading group of EU countries will have an agreement. The idea is to distribute between 150,000 and 250,000 refugees among EU countries."

France, which has historically been reticent towards Turkey’s accession to the EU, has been accused of dodging the issue by Samsom.

"When I call Prime Minister Valls [about the plan] he says 'interessant, tres interessant', and hopes I don’t ask further."

The French government has just renewed the country’s "state of emergency" following the November 13 terrorist attacks. Meanwhile Greece has been threatened by Brussels with exclusion from the Schengen zone if it doesn’t officially process all asylum seekers.

© REUTERS / Lefteris Pitarakis
Turkish Police Sent Syrian Families to Detention Centers, Forced Back Home
The plan, which Samson calls "the permanent [EU] asylum system" will be funded from the EU budget. EU member states will be allowed to refuse the refugee quotas – but those who do, will still have to pay into the EU pot to help them.

But for the plan to work, Turkey — a nation that has been accused of serious human rights violations against refugees and migrants — needs to receive a UN status of being a 'safe country' so that the EU can legally ferry migrants back from Greece.

However Amnesty International has labelled the Dutch proposals "morally bankrupt" and "bartering with human lives".

AI says plans to label Turkey a "safe third country" in order to ferry back tens of thousands of people from Greece without due process or access to asylum application procedures would violate both European and international law.

"No one should be fooled by the humanitarian sheen of this fundamentally flawed proposal."

"It is political expediency, plain and simple, aimed at stopping the flows of desperate people across the Aegean Sea," said John Dalhuisen, Europe and Central Asia Director at Amnesty International.

"Turkey cannot possibly be considered a safe country for refugees. It is not even a safe country for many of its own citizens. In recent months refugees have been illegally returned to Iraq and Syria, while refugees from other countries face years in limbo before their applications will ever be heard."