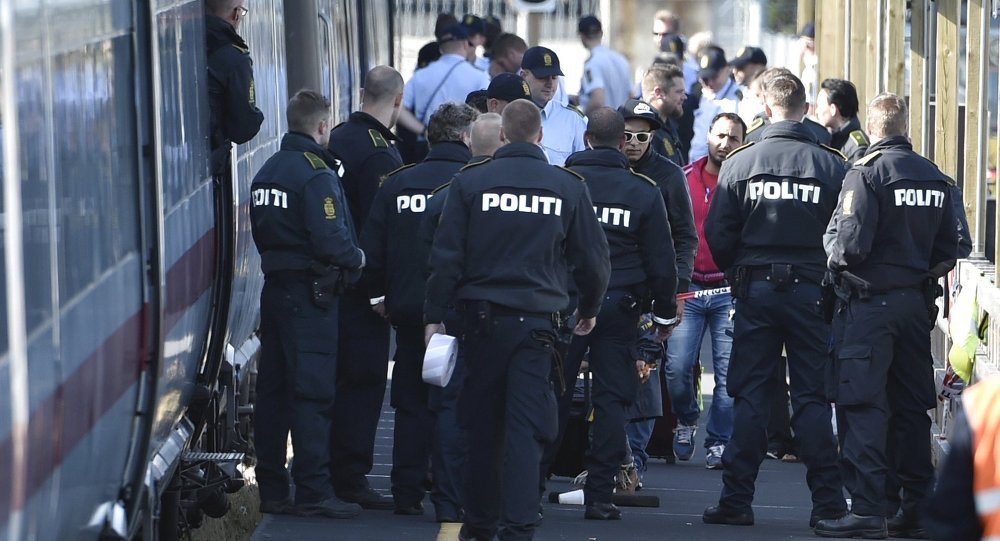 Copenhagen's new legislation aimed at containing the influx of migrants is a violation of international law, according to Kashif Ahmad, leader of the Denmark's pro-immigrant the National Party.

"It is a violation of plenty of international conventions, including the European Convention on Human Rights, the UN Convention of the Rights of Children and the UN Refugee Convention. I'm absolutely sure that the Danish government infringes on international norms by implementing this bill," Ahmad said.

He also said that many Danes have already expressed disagreement with the government's stance on the migration issue.

"The past few decades have seen our politicians lead campaigns to stigmatize and dehumanize migrants so that ordinary people can believe that Denmark's domestic problems stem from refugees. However, more and more people now come out using the-not-in-my-name hashtag, saying that there are ashamed of being Danes," he pointed out.

© AP Photo / Ernst van Norde
A group of refugees and migrants who were walking north stand on the highway in southern Denmark on Wednesday, Sept. 9, 2015

Denmark is among the main destinations for migrants coming from the Middle East and North Africa, with more than one million refugees reportedly reaching the EU shores in 2015.Europe's leaders have been unable to cope with the crisis due to outdated migration laws and a reluctance of some member states to comply with agreements on redistribution of asylum seekers. 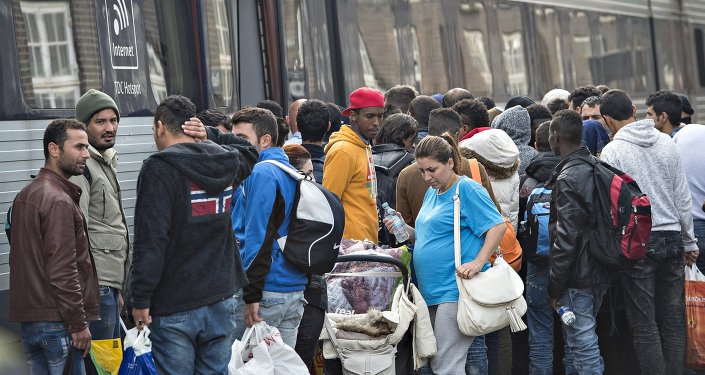 © REUTERS / Claus Fisker
Denmark Refuses to Help Sweden Tackle Refugee Influx
Earlier, the Danish parliament backed the bill, which will allow police to seize valuables of migrants worth more than one thousand US dollars or 1.340 euros in order to cover housing and food costs. Items of sentimental value are exempt.

Human rights organizations criticized the move, while Copenhagen said it is brings refugees in line with jobless Danes, who must sell assets above a certain level to claim benefits.

The Danish parliament also approved a delay in family reunions, extending the period when other members of family can rejoin those who received asylum in Denmark, from one year to three.