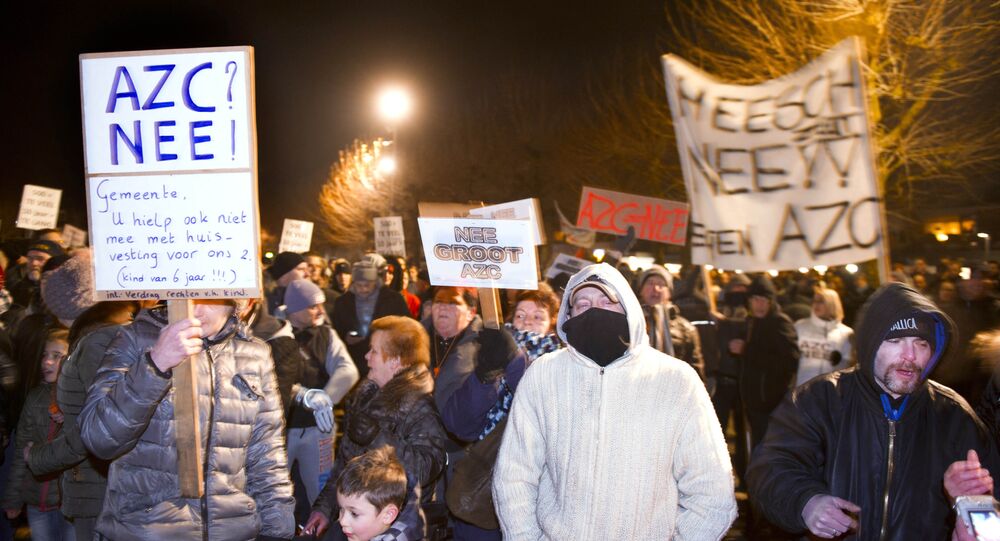 Police in the Netherlands now prefer not to think twice before visiting homes of those who criticize a government policy on migrants, including via social networks, media reports said.

© AP Photo / Markus Schreiber
No Free Ride: ‘EU States Compete in Worsening Conditions for Refugees’
Critiquing the Dutch government's policy on migrants via social networking websites and elsewhere is now considered a criminal offense in Holland. Dutch police have raided critics' homes, media outlets reported, citing a recent mass protest in the town of Kaatsheuvel and how some citizens of the town of Sliedrecht had been targeted by the authorities for voicing their criticism of mass migration online.

Earlier this month, hundreds of residents of Kaatsheuvel took to the streets to protest the local authorities' plans to house at least 1,200 migrants in their town. They carried placards with slogans reading "You do not belong here" and "No to the refugees."

The government retaliated by sending local police to the addresses of those who had participated in the protest and inspecting their social media accounts. 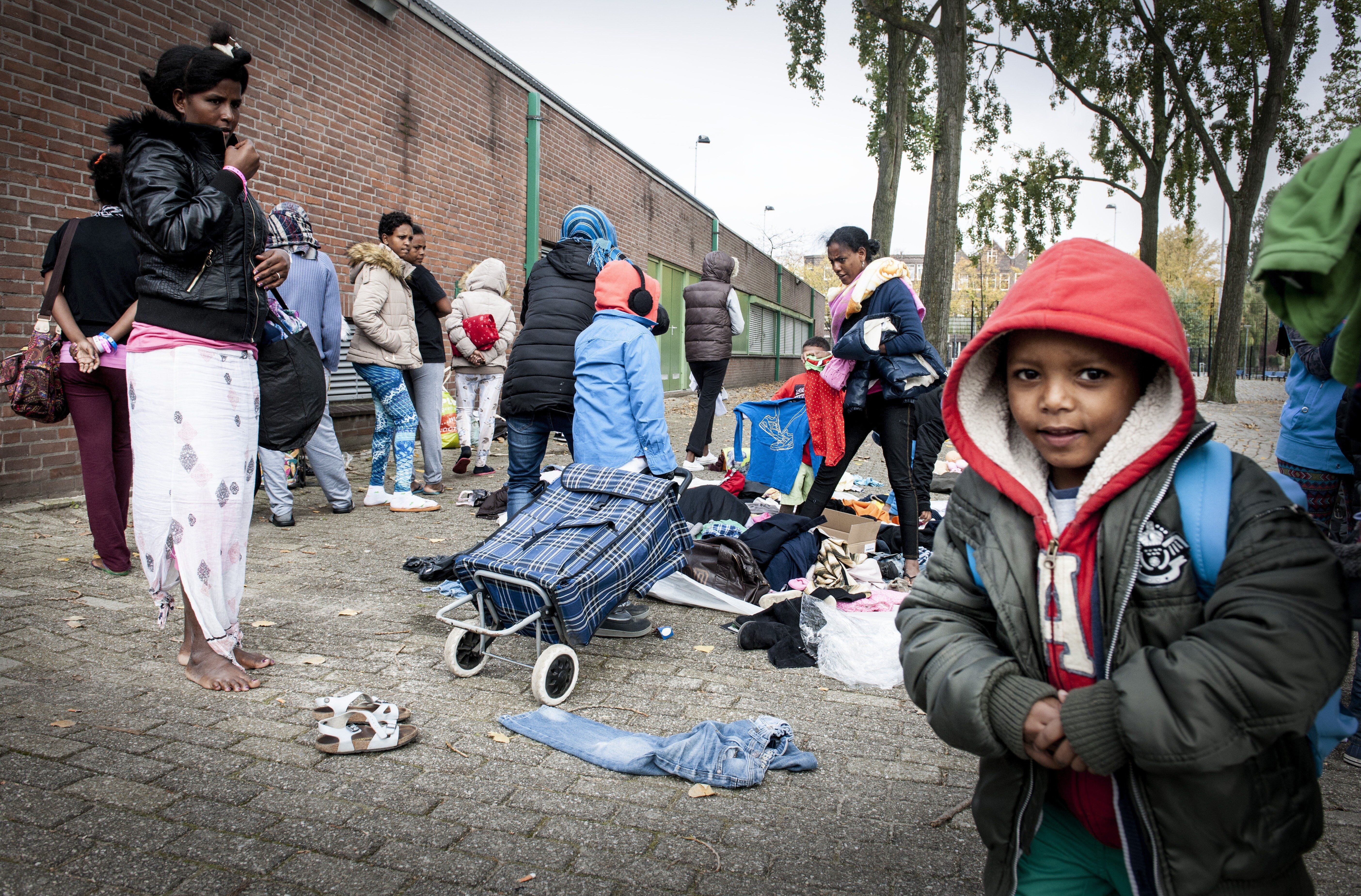 © AFP 2019 / ANP / ROBIN UTRECHT
Refugees collect clothes, brought by residents of the neighborhood, outside the Schuttersveld Sports Centre designed as emergency shelter in Rotterdam, The Netherlands, on October 9, 2015

A police spokesperson admitted that visits to the protesters and requests to delete anti-government posts on social networking websites are "unusual" practices, but maintained that police will continue to monitor the protesters' accounts in order to uncover the further intentions of their authors.

In an interview with RT, one of the protesters said that police had arrived at his door and asked him if he wanted to remove his Facebook post criticizing the authorities' migrant asylum policy.

"But my message has already disappeared, and I think it was [removed] earlier by police or Facebook itself. A police officer told me that apart from me, he was due to visit five more protesters. They want us to keep mum and refrain from discussing the topic," he said.

Robin Tilbrook, leader of the English Democrats Party condemned the activity of the Dutch police as illegal.

"Trying to shut people's mouths is a totally undemocratic and possibly illegal approach. This is nothing but an attempt to bully people who simply expressed concern about the situation [with migrants]," Tilbrook said.

© Flickr / gingerbeardman
EU Admits Failure to Relocate Refugees, Lacks Resources
Meanwhile, the Dutch newspaper De Volkskrant has reported that in the past few months, more asylum seekers have voluntarily left the Netherlands, in what can be seen as a show of disappointment with the country's system for granting refugees asylum.

According to the newspaper, about 3,000 asylum seekers decided to leave the Netherlands in 2015. The newspaper said that the main reason for their disappointment was that obtaining refugee status had been too time consuming and left them with few guarantees that they would be reunited with their families.