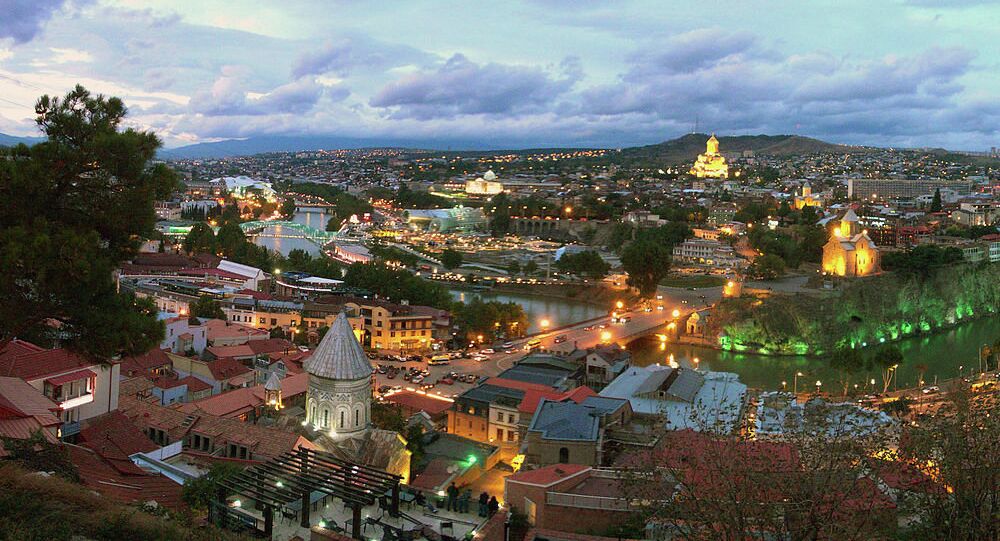 What’s in it for US? Why is Washington Worried by Georgia's Turn to Russia

Polls taken regularly over the last several years in Georgia show the clear and steady increase in support for the Moscow-led Eurasian Economic Union (EEU) and anti-West and pro-Russia political factions within the country, according to a Black Sea and Eurasia regional analyst.

© REUTERS / Maxim Shemetov
If US Kills Civilians While Striking Syria, This Is Violation of International Law - Lavrov
“The United States and Europe have poured billions into promoting democracy and economic development there [Georgia], and Tbilisi has consistently responded with an enthusiastic embrace of Westernization,” an associate scholar at the Foreign Policy Research Institute, Michael Hikari Cecire writes for the Monkey Cage blog section of The Washington Post.

However, he acknowledges, “expansion fatigue in the United States and especially Europe is breeding fatalism in Georgia, and incubating a political environment where pro-Russia factions’ anti-west crusades are gaining traction”.

The analyst then refers to polling data taken regularly in the country over the last several years, in particular the results of the Gilbreath’s Caucasus Research Resource Centers (CRRC) polls conducted for the National Democratic Institute (NDI) in 2013, 2014 and 2015.

© Flickr / George Mel
Tbilisi Welcomes Putin's Statement on Abolition of Visa Regime With Georgia
The results from polls taken in 2015 also reveal a decrease in support of the Georgian government’s stated goal to join NATO and an increase of those who disapprove of it, in comparison with 2014 results.

“That roughly tracks with increasing political support for anti-West and pro-Russia political factions within Georgia,” the author suggests.

And then he provides an explanation why the existing tendency is so dangerous for the West:

“If Georgia turned away from the West, it would not only be a blow to the country’s nascent democracy, but it would also sew up the Eurasian interior for Moscow, give Russia a direct corridor to the Middle East, lop off Western access to Eurasian energy sources.”