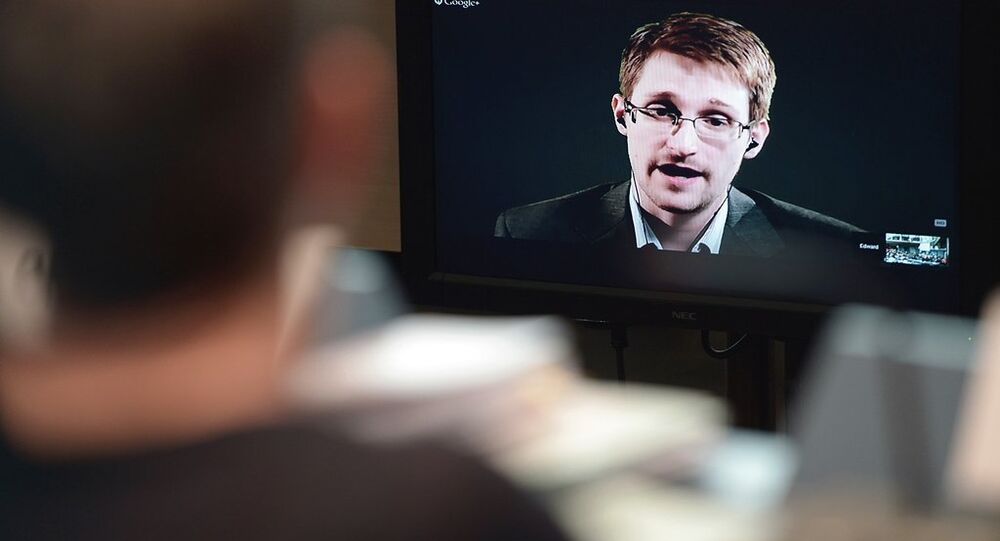 Former NSA whistleblower Edward Snowden has raised more doubt over UK claims that weakening communications encryption will assist in the fight against terror, after claiming that a supposed encrypted email featuring in a recent Daesh propaganda video was fake.

© Photo : Pixabay
Arguing Against Data Encryption 'Waste of Time’ - US Cyber Command
Snowden took to Twitter to debunk claims made in a recent Daesh video that the group was using the PGP encryption program to communicate with jihadists who were planning attacks.

Due to the difficulty in hacking into encryption messaging programs, such as PGP, there were fears that Daesh was actively communicating with fighters across the world without the risk of being detected.

However, in an annotated tweet, Snowden pointed out that the ID encryption code shown in the Daesh video had an incorrect amount of numbers, while he also highlighted a discrepancy in the dates between messaging times and the creation of the message encryption.

"I hope you built a time machine to go with your 'attack plans'," Snowden wrote.

Journos: The #ISIS video's "encrypted email" is confirmed fake. If any official responds as if it's real, push back. pic.twitter.com/fKHAAk1SAa

Snowden’s intervention comes amid increased debate over efforts to ban or reduce the quality of encryption services, with various governments arguing that certain 'backdoors' must be put in place to grant law enforcement and intelligence services access to certain forms of communication if they feel it can help in anti-crime or counter-terrorism measures.

The UK government has introduced a controversial bill to parliament that would require companies to decrypt encrypted messages when asked, while similar measures have been introduced in California.

@FioraAeterna @Snowden Politicians should listen to the experts. We don't want encryption back doors. Especially me in the uk.

Snowden made reference to British Prime Minister David Cameron’s proposals in another tweet, where he also suggested that terror groups may actually want governments to limit "access to strong security".

© Photo : Pixabay
For Crypto's SAKKE: Big Security Loophole in Protocol Promoted by UK Gov't
The former NSA technician’s claims that Daesh’s purported use of PGP encryption is fake also weakens the argument put forward by the UK and other Western states that a reduction in encryption is needed in order to better track the online movements of suspected criminals or terrorists.

Snowden claims have suggested that Daesh do not have access to such sophisticated messaging services such as PGP — meaning that placing a ban on high-level encryption wouldn’t help in the monitoring of terror groups, but would merely jeopardize the privacy of millions of ordinary internet users.