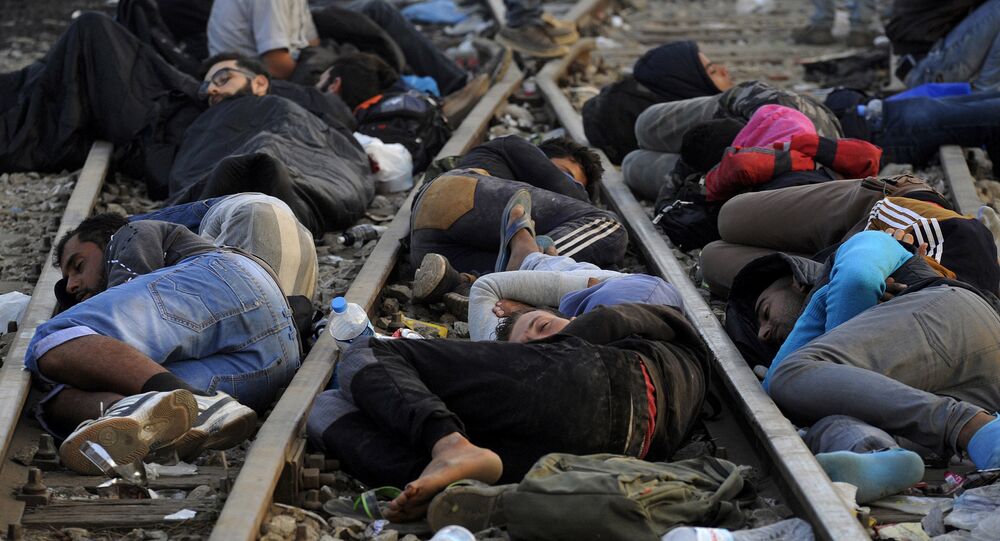 Since the beginning of 2016, the International Organization for Migration (IOM) estimates that 45,361 migrants and refugees have arrived in Greece by sea, according to the organisation's statement.

© REUTERS / Alkis Konstantinidis
Schengen Crumbles: EU Ministers in Crisis Meeting Over Border Controls
UNITED NATIONS (Sputnik) — The number of migrant and refugee arrivals to Greece by sea so far in 2016 stands at 45,361 people, almost 31 times more than between January 1 and 31, 2015, the International Organization for Migration (IOM) said in a statement Tuesday.

"Since the beginning of 2016, IOM estimates that 45,361 migrants and refugees have arrived in Greece by sea. This is roughly 31 times as many as the 1,472 recorded by the Greek Coast Guard for the whole of January 2015," IOM said.

According to the statement, some 90 percent of the arrivals originate from Syria, Iraq and Afghanistan, the three nationalities that have automatic permission to cross into Macedonia.

© AFP 2020 / BULENT KILIC
Petition to Nominate Greeks Rescuing Refugees for Nobel Peace Prize Gains Some 290,000
IOM added that the death toll in the Mediterranean Sea continues to rise, having reached 177 since January 1, against 77 deaths for the same period in 2015.

Europe has been beset by a massive refugee crisis, with hundreds of thousands of undocumented migrants fleeing their home countries to escape violence and poverty. Many of them take the West Balkan route, which crosses Greece, using the county as an entry-point to the bloc from which to travel to wealthier EU states where they intend to apply for asylum.

Petition to Nominate Greeks for Nobel Peace Prize Gains Some 290,000