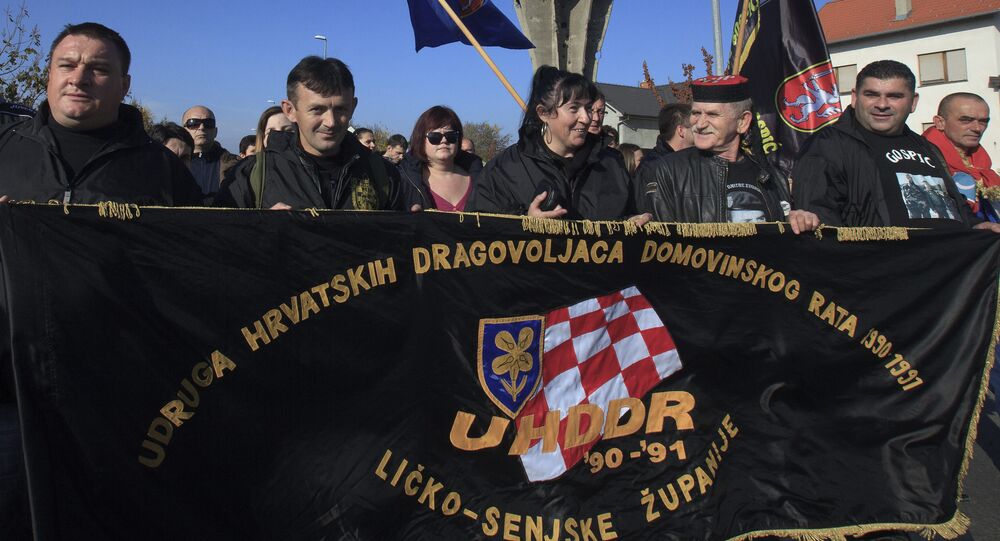 A minister in the new right-wing Croatian government is lobbying to create a register of traitors to the nation.

The proposal has sent shockwaves among citizens in the country and throughout the region, with many condemnations of the initiative, and even some in support.

“To make it to (traitors’ list), one can assume it will be enough for some pen pusher at the Ministry of Veteran Affairs to conclude that somebody was, or is working against the state’s non-existent interests,” the Croatian news outlet Index stated, adding that this could easily turn the register into “a powerful weapon in dealing with political opponents,” with “a vast space to expand.”

© REUTERS / Srdjan Zivulovic
Bridge Over Troubled Water: Croatians Turn to New Party in Close Election
Along with a list of traitors and aggressors Crnoja announced a plan to create a list of “illegally-done privatization,” “lustration on all levels,” and the inclusion of 1990s war veterans “into all institutions and bodies of the government.”

The proposed traitor register “would have to be based on imprecise rebel documentation and would serve only one purpose – to incite to lynching those who were amnestied according to the Law on Abolition as far back as during (President) Franjo Tudjman’s rule (in late 1990s),” Index highlighted.

“(Crnoja’s) proposal for the traitors registry is presented as a reaction to policies of former government which published a Registry of Croatian Homeland War Veterans, as a way to find out which of the over 500,000 people who have veteran status in Croatia are real veterans, and which are those who illegally acquired their status just for the benefits which it brings,” Vedran Pavlic, a Croatian political analyst, commented.

When asked for a reaction, First Deputy Prime Minister and president of the ruling Croatian Democratic Union party HDZ, Tomislav Karamarko, said it is necessary to understand the veterans “and their sensitivity.” “For a while, veterans were subjected to a witch-hunt, they were humiliated and called liars. In response to this, let us see who were the aggressors and I think it is legitimate to ask such questions. This is not a hunt against people, but a hunt for the truth,” he said. He stressed that Crnoja was a “war hero of the Homeland War.” “We support him,” said Karamarko, who leads a party that won 33 percent of the votes in the November 2015 elections and has four seats in the European Parliament.

© Wikipedia
Croatian President Pays Tribute to Pro-Nazi Collaborators
In a 1999 report by Human Rights Watch, Serbian citizens who stayed in Croatia were described as “second-class citizens” in their own homeland. They had nowhere to go after thousands of their nationals had been massacred or expelled in 1995’s Operation Storm and other Croatian military actions. Denial of past genocidal actions and discrimination policies was characteristic of HDZ for many years. The party was also reluctant to  process war crimes committed by Croats, or condemn the Holocaust and ethnic cleansings of Serbs and Romas during WW2 in the Hitler puppet nation Independent State of Croatia.

My two cents: an apologist of fascist traitors should not be in government. This is a sad day #Croatia #government

© Photo : screenshot
A minister in the new right-wing Croatian government is lobbying to create a register of traitors to the nation

​In response to Crnoja’s modern-day traitor list proposal, a group of Croatian artists has posted online their own mock “traitors’ list,” where anyone who doesn’t support the initiative can register themselves. Thousands of people, including leading intellectuals, have added their names.