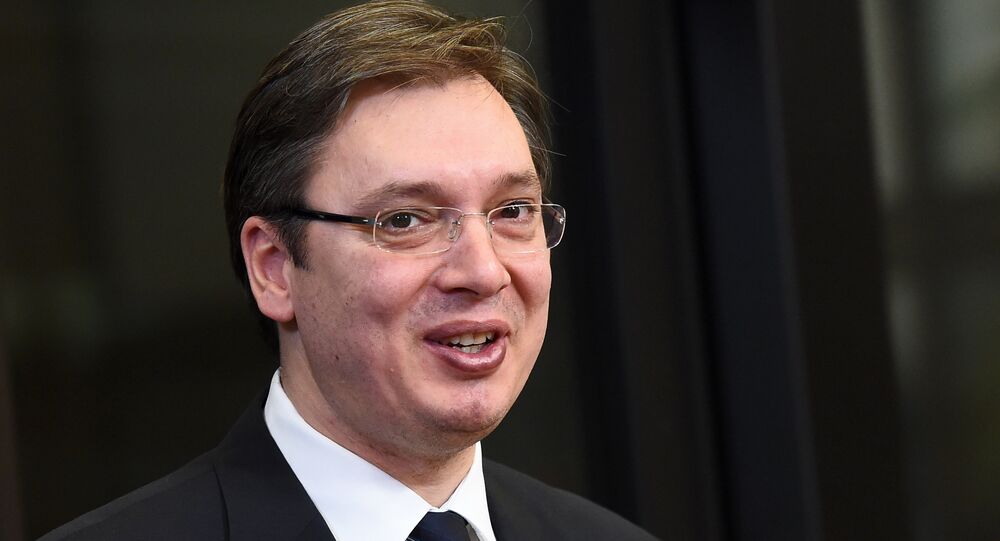 The European Union External Action service said that the next round of negotiations between Serbian Prime Minister Aleksandar Vucic and Kosovar Prime Minister Isa Mustafa is expected to be held on Wednesday.

© Flickr / MyBukit
Kosovo Opposition Threatens to Overthrow Government on Feb.17 – Reports
BRUSSELS (Sputnik) — The next round of negotiations between Serbian Prime Minister Aleksandar Vucic and Kosovar Prime Minister Isa Mustafa is expected to be held on Wednesday, the European Union External Action service said in a statement on Monday.

"The next meeting of the high level dialogue between Belgrade and Pristina with Prime Minister Aleksandar Vucic and Prime Minister Isa Mustafa, facilitated by Federica Mogherini, High Representative for Foreign Affairs and Security Policy/Vice-President of the European Commission, will take place in Brussels on Wednesday, 27 January," the statement said.

The statement added that the sides were expected to discuss the implementation of the existing agreements between Belgrade and Pristina.

Kosovo declared independence from Serbia in February 2008, and has been recognized by more than 100 UN member states, including the United States and France and international organizations, such as the International Olympic Committee and the European Broadcasting Union, while Serbia considers Kosovo to be part of its territory. Dozens more countries, including Russia and Spain, do not recognize Kosovo as an independent state.

In March 2011, Pristina and Belgrade launched EU-facilitated reconciliation talks. Since then the sides have signed a number of EU-brokered deals, including the ones in the spheres of telecommunications and energy.