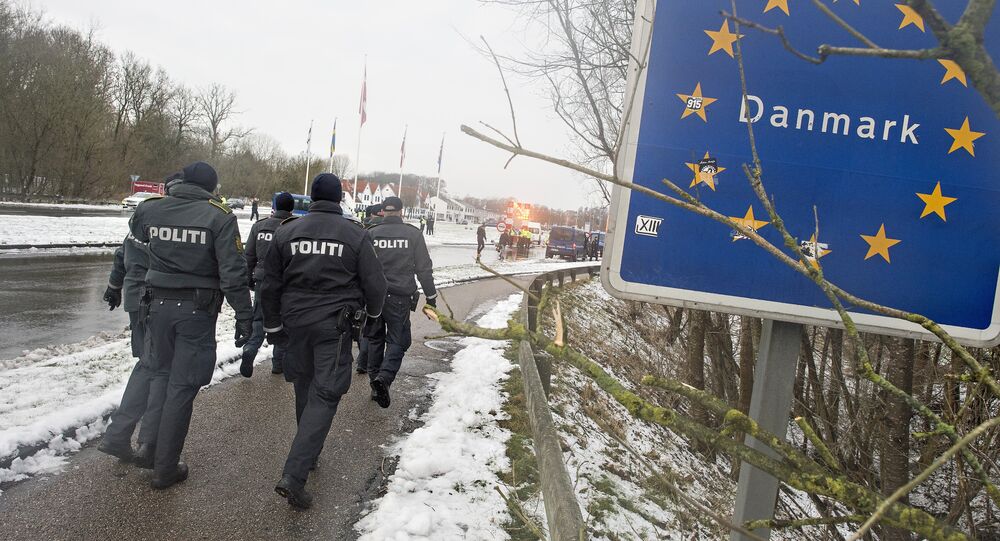 Denmark's foreign minister and immigration minister are due to face questioning regarding the country's new immigration policy, deemed to be the European Union's toughest.

Denmark is set to approve changes in its immigration policy on Tuesday, which would turn it into the toughest state in Europe for refugees and asylum seekers.

The media actively discussed the fact that the authorities will have the right to confiscate valuables. Much bigger problems for refugees involve tightening of rules for family reunification. Owners of the residence permit would have to wait three years instead of one, and woul themselves have to pay for travel expenses for his family.

"It will be written into the narrative of Denmark as a country with a right-wing handling of asylum policy. The thing is, yes, we have a right-handed management, but we have also lived up to all the international agreements," Danish Foreign Minister Kristian Jensen told Politiko newspaper.

© AP Photo / Jens Dresling
Denmark to Settle Migrants Outside Major Cities
According to Jensen, the barrage of criticism against the Danish is caused by a misunderstanding, and the world has forgotten how much Denmark does for refugees around the world.

Even before the introduction of the new rules, the European Parliament's Committee for Civil Rights and Liberties is to discuss the new law. The European Parliament called Kristian Jensen and Danish integration minister Inger Støjberg in to answer the Committee's questions and try to defend the Danish government's view on immigration policy.

Danish policies have resonated in Norway, where the Norwegian Progress Party (FrP) proposed that the valuables and money of refugees should be taken away on Monday.