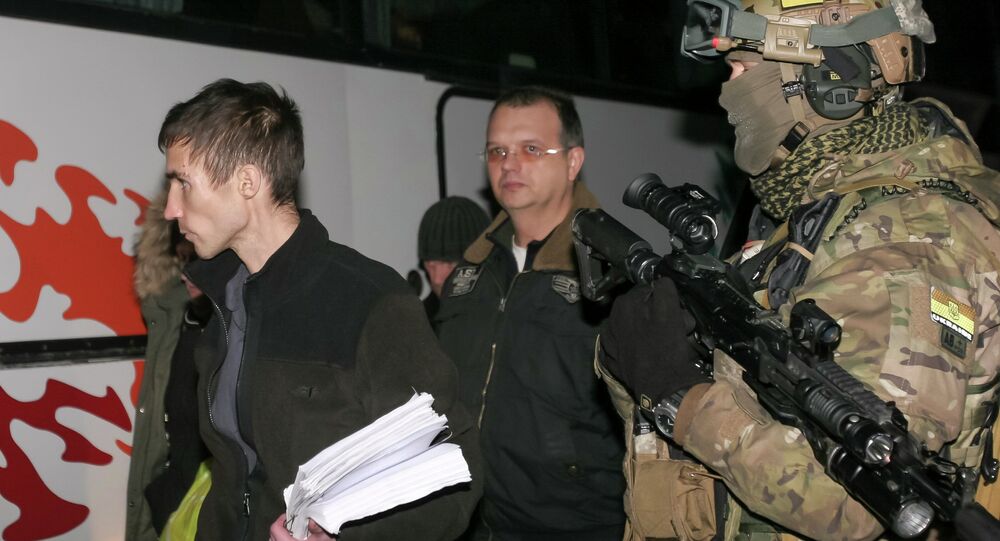 Donetsk Republic Hopes for Prisoner Exchange With Kiev by February

Exchange of prisoners between Kiev and the self-proclaimed Donetsk People's Republic (DPR), prescribed by the Minsk agreements, derailed due to the fault of the Ukrainian side, but DPR hopes it will take place until the end of January, the DPR envoy to the Minsk peace talks said Sunday.

DONETSK (Sputnik) — At the Trilateral Contact Group on Ukrainian reconciliation on January 13, the parties agreed to exchange more than 50 prisoners. It was expected that it will happen until January 20. However, the exchange was foiled.

"We hope that the negotiators will be able to reach an understanding on this issue and it will be resolved before the end of January," Denis Pushilin told RIA Novosti.

© Flickr / U.S. Army Europe Images
Soldiers of Misfortune: Alleged US Mercenaries Spotted in Donbass
In February 2015, a peace agreement was signed between the two sides in the Belarusian capital, Minsk. The deal stipulates a full ceasefire, a weapons withdrawal from the line of contact in eastern Ukraine, an all-for-all prisoner exchange and constitutional reforms, which would give a special status to DPR and LPR.