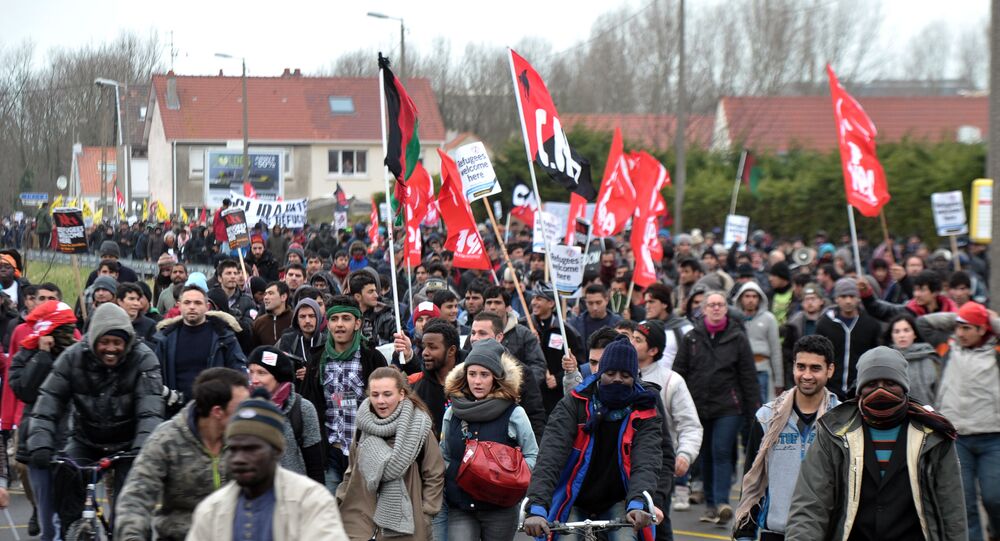 Police in France's port of Calais have reopened the port after migrants entered its territory and boarded one of the ferries at the port, and arrested 24 migrants and 11 of their supporters over the riot, local media reported Sunday.

MOSCOW (Sputnik) — On Saturday, up to 2,000 people, including migrants, protested in Calais over migrants' conditions. Later, some 150 migrants entered the port's territory after a demonstration in support of refugees, while 50 of them boarded the ferry named Spirit of Britain.

Port of Calais security incident is now resolved. Vessels are now clearing backlog as soon as we can.

© AFP 2020 /
French Port of Calais Closed as Migrants Storm Ferry - Reports
​The eleven arrested rights advocates, who may include the British nationals, are believed to be from the No Borders activist group, The Telegraph reported. The activists were accused by police of encouraging migrants to storm the ferry.

Europe has seen a massive influx of migrants this year, as people flee conflict and poverty in the Middle East and Africa.

Tens of thousands of migrants have been trying to cross into the United Kingdom via the Channel Tunnel between Folkestone in Britain and Coquelles in Calais, northern France.

Fork It Over: Germany Confiscates Migrants' Money to Cover Expenses