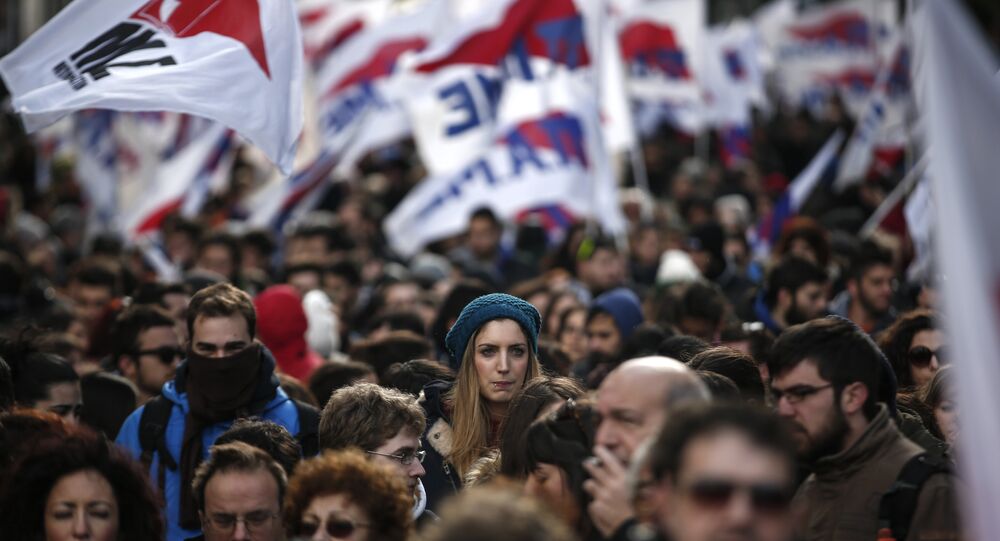 A police officer told RIA Novosti 7,000 people took part in the protest, while the organizers put the number of participants at about 15,000.

The protesters marched peacefully through the city center. No incidents were reported.

A previous rally on January 8 ended in clashes with police forced to use tear gas and batons against the protesters.

The Greek economy has been severely strained for several years due to the country’s multibillion debt, accumulated after the 2008 world economic crisis.

Greece's international creditors signed an agreement with Athens in mid-2015, approving a third bailout package for Athens worth about $95 billion in exchange for highly unpopular austerity reforms such as pension cuts and tax hikes.