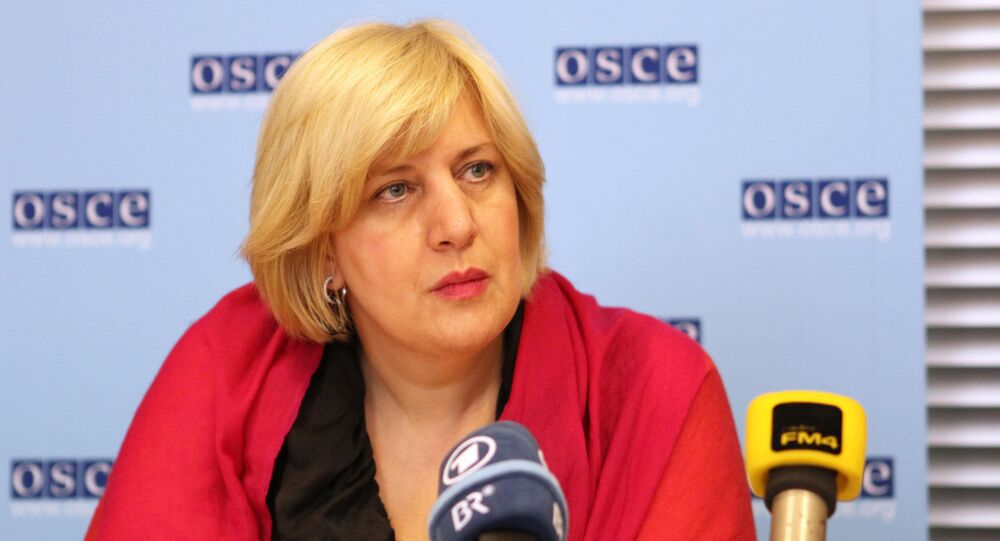 OSCE Representative on Freedom of the Media Dunja Mijatovic called on Moldovan authorities on Saturday to stop hindering work of Russian journalists in the country.

On Friday, Chisinau airport border authorities denied entry to a Czech radio employee and RIA Novosti journalist, citing a "directive" to act in what Moscow described an "openly discriminatory" manner.

"I call on the Moldovan authorities to reconsider the use of restrictive and selective measures in relation to media outlets affected by the entry ban and to allow all journalists to pursue their professional activities unhindered," Mijatovic said.

The appeal comes a day after the Russian Foreign Ministry condemned Chisinau of its policy to restrict free media by sanctioning journalists.