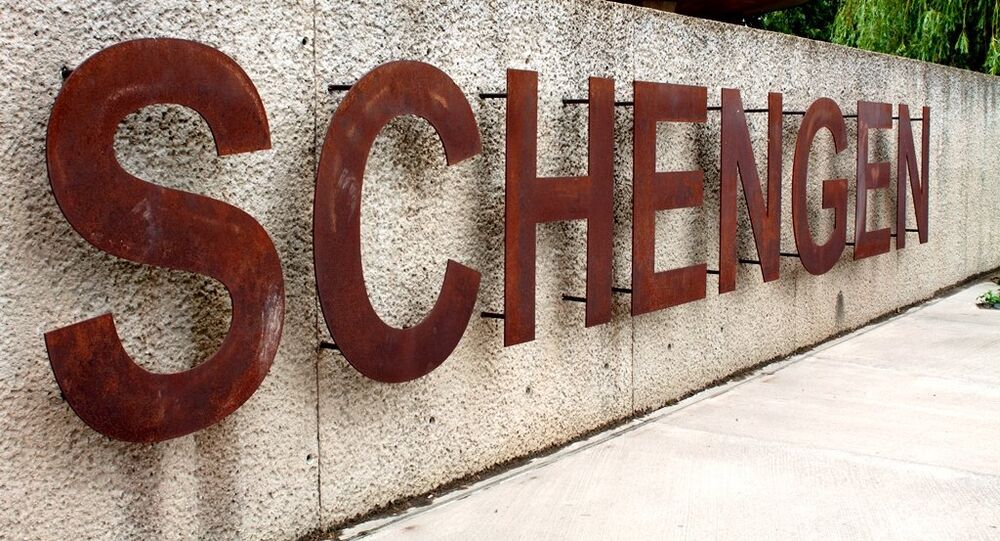 A breakup of the Schengen area amid the crisis the European Union is now going through will have an immediate impact on the euro and the European economy as a whole, Deutsche Welle warned on Saturday.

© AFP 2021 / Pascal Guyot
EU Under Threat Amid Calls for Schengen Free Travel Zone to Be Abolished
Brussels is fully aware of the fact that if the European countries fail to get the situation under control and agree urgent measures to end the migrant crisis, it would spell the end of the Schengen area.

The EU leaders have only two months to solve the problem before the future of the 28-nation bloc takes center stage during the EU summit scheduled for March 17 and 18, Deutsche Welle reported.

Nicolai von Ondarza, an expert with the Science and Politics Fund, a Berlin-based think tank, said that widespread concerns about the future of the Schengen area are fully justified.

“We see that the ongoing migrant crisis has become a major problem for many EU countries,” Von Ondarza told DW.

He also said that the influx of migrants would most certainly increase with the onset of spring and if the problem is not solved other EU countries might suspend the Schengen border-free travel agreement, just like Austria did a week ago.

What is also clear, however, is that attempts to solve the problem by closing the EU’s internal borders would have serious economic consequences and could eventually put the very future of the euro on the line.

“If we close the borders, if the internal market begins to suffer… then one day we will be wondering whether or not we really need a common currency if there is no single market, no free movement of workers anymore," European Commission President Jean-Claude Juncker told the European Parliament in Strasbourg on Wednesday.

The World Economic Forum, which opened in Davos on January 20 was overshadowed by discussions about European unity amid fears that the demise of the Schengen area could have a  devastating effect on the European business community.

According to a study made by PriceWaterhouseCoopers business consultants ahead of the Davos forum, the heads of major international companies named the current migrant crisis a major risk in 2016.