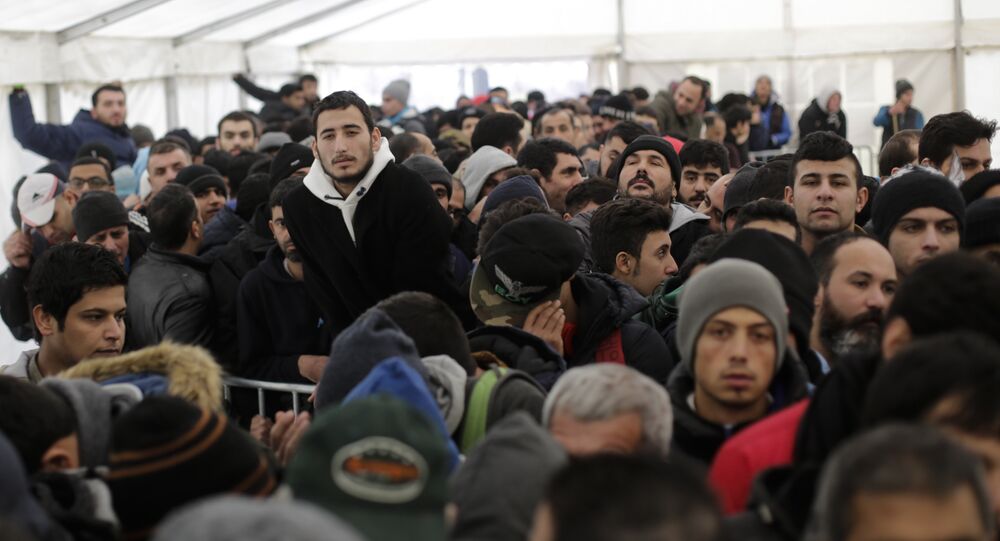 The revision of Dublin Regulation proposed by the European Commission may be finalized by the end of this year, Sweden's former prime minister told Sputnik on Saturday.

© AFP 2021 / ARIS MESSINIS
Fork It Over: Germany Confiscates Migrants' Money to Cover Expenses
DAVOS (Sputnik) Daria Chernyshova – The 1990 Dublin Regulation, signed by all EU members, stipulates that the first EU member country entered by a refugee is responsible for processing their asylum application.

After the migration crisis escalated in 2015, some EU countries called for the system to be amended as it leads to a disproportionate amount of migrants in peripheral EU member states that cannot handle the influx.

"There is a proposal coming out from the [European] Commission that is going to be controversial on revising the entire Dublin system. That is complicated, because there are different points of view there, but I would assume that after a couple of summit meetings there would be a some sort of the agreement towards the end of the year," Carl Bildt, who also served as Sweden's foreign minister, said on the sidelines of the World Economic Forum in Davos.