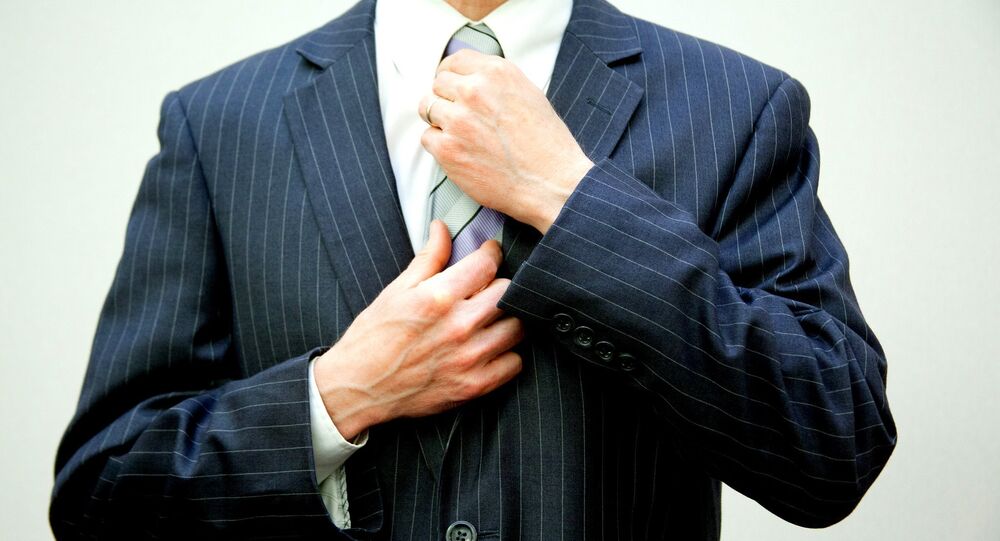 Whilst David Cameron gives impassionate speeches at the Davos summit on Britain’s membership of a reformed Europe, and big businesses - both European and global - rally in support of his pro-EU pleas, a group of senior lawyers in London have joined the Brexit bonanza.

© Flickr / Stefano Brivio
Brexit: Goldman Sachs Lines Pro-EU Establishment's Pockets With Gold
The UK PM has been busy lobbying businesses and political leaders at the World Economic Forum in Davos this year. His calls for Britain to remain part of a reformed European Union haven’t fallen on deaf ears. Major companies such as GlaxoSmithKline Plc, and even the likes of Goldman Sachs Group Inc., have backed Cameron’s pro-EU sentiment.

"They are drawing resources from all member states, it is an incredibly sophisticated, capable organization. That’s a big win, and so for us that is probably the most important aspect of being part of the EU. We think it is a very important benefit."

And it’s not only big businesses — banks too have given Cameron’s cause their backing. Goldman Sachs donated hundreds of thousands of pounds to the 'Britain Stronger in Europe' campaign which is fighting to keep the UK inside the EU.

James McGrory, chief campaign spokesman for 'Britain Stronger in Europe', said that the group was pleased to have "gathered" donations "from a wide range of individuals and businesses who believe that Britain is stronger, safer and better off in Europe". And it seems this wide range of individuals and businesses is only growing.

As David Cameron says, Britain is better off in a reformed EU. Play your part today: https://t.co/QWpZVEUR8B pic.twitter.com/jZIPvTkUJI

Freshfields Bruckhaus Deringer is an internationally-renowned law firm with over 2500 lawyers in offices all over the world. John Davies, a partner at the firm, has assembled a team of lawyers who support Cameron’s pro-EU Britain. The group call themselves 'Lawyers – In for Britain'. This comes as no surprise as John Davies founded the firm’s office in Brussels and has worked for the European Commission as a case officer.

Several law firms have privately voiced their position, but Davies’ group are the first to publicly support the 'In' campaign. Most law firms have stayed neutral as their clients may fall on either side of the debate. However, it seems the fear of a Brexit is catching up with the law world too. Some partners are becoming increasingly worried about the impact a Brexit could have.

Brexit is seen as "the defining issue for the UK, for the economy, if not society as a whole, for a generation," David Morley, senior partner at Allen & Overy told the Financial Times.

"Typically law firms wouldn’t get involved in politics as we have to work with governments and we don’t like to take positions which clients might disagree with but this is different," Morley said.

Mr Davies however, insists that members of the 'Lawyers – In for Britain' campaign are acting as individuals and do not represent the law firms they work for. He said:

"I feel strongly that the UK’s economic future and security is better protected as being part of the European Union, so I took a view before the general election that it is something I ought to take an interest in."

The group consists of some of the most high-profile law professionals, not only in the UK, but Europe as well. And even though, Mr Davies argues he has no political agenda, it seems that his group is driven by the implications a Brexit could have on their practice as well as their clients’ businesses.

"About a third of our revenue is in the UK and another third in Europe," said Mr Morley, of A&O.

"We were able to grow because of EU harmonization and the recognition of professional qualifications, which meant we could go into business with German, French and Dutch lawyers, which then laid the foundation for our global business. Would we still have mutual recognition? Would we still be able to continue in the same way? The biggest issue is the uncertainty."

.@catherinemep No doubt doing very nicely off the back of the taxpayer.

This exact fear was expressed by David Cameron during his 20-minute speech in Davos, and shared by big business and bank chiefs. It is therefore, no surprise that City law firms, with links to some of the biggest corporate players, have followed suit.

© REUTERS / Luke MacGregor
Brexit Referendum to Be Delayed, Cameron Dealt Blow Over EU Reforms
So far, no known law groups campaigning for a Brexit have been set up. There is talk of senior lawyers at Herbert Smith Freehills and Hogan Lovells and other firms taking a stance, whilst others are strongly inclined to remain in the neutral zone.

Simon Gleeson a financial partner at Clifford Chance says his firm has clients on both sides of the debate. "If you want to give proper legal advice on anything, you can’t take a side.” However, he believes a Brexit would have dire consequences. Gleeson said:

"The practice of the big law firms would be affected, we would suffer very badly from an exit."

Therefore, it comes as no surprise that some of the best lawyers in the UK are setting up campaign groups to protect their own interests from a potential exit from the EU.

David Cameron has scheduled a referendum on Britain's membership of the EU before the end of the year.