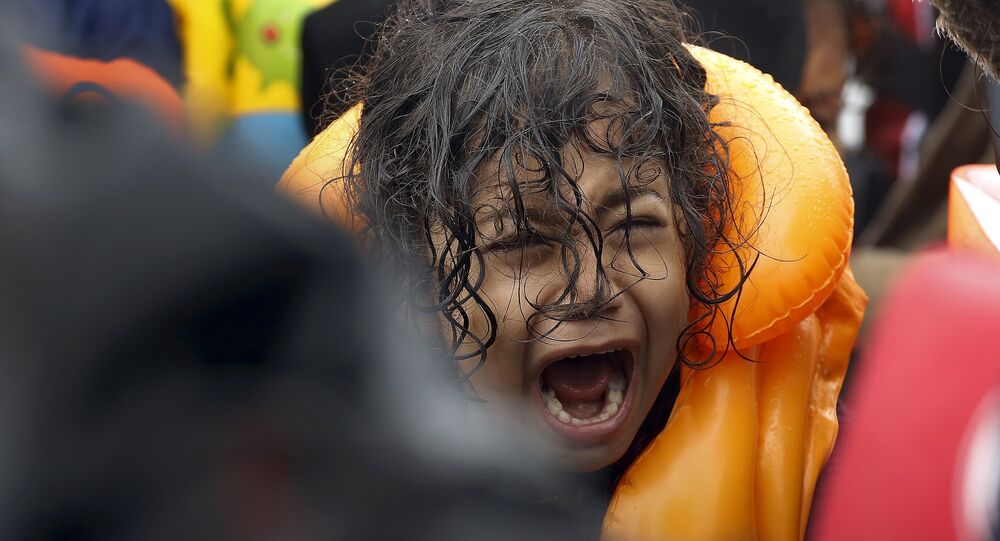 ATHENS (Sputnik) — The two vessels were carrying refugees leaving Turkey for Greek islands from where they would continue their journeys into Europe proper.

© AFP 2021
Over 18,800 Migrants Arrive in Europe by Sea in First Days of January
A wooden raft carrying 49 people smashed into a cliff on the island of Farmakonisi. Forty of the refugees were able to reach dry land on their own. Six children and two women died and one girl was plucked from the sea by the Coast Guard.

The second wreck involved a wooden sailboat that sunk near the island of Kalymnos. The exact number of individuals on board has not been determined. The bodies of 16 women, seven men and 11 children have been recovered. Another 26 individuals were rescued and taken to the island.

Europe is struggling to find a solution to a massive refugee crisis, with hundreds of thousands of refugees fleeing conflict-torn countries in the Middle East and North Africa. Many of them take the West Balkan route, which crosses Greece, using the county as an entry-point to the bloc from where they travel to wealthier EU states where they intend to apply for asylum.

According to the International Organization for Migration, 31,244 migrants and refugees have arrived in Greece by sea since the beginning of 2016.